What You Should Know About Drinking Matcha Green Tea 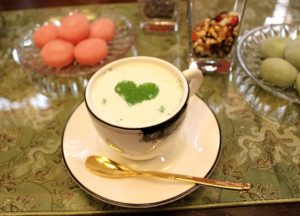 Matcha is a powdered green tea made from the Camellia sinensis plant found originally in Japan. Besides having its origins in Japanese locations, matcha is a crucial and integral component in the famous Japanese tea ceremony.

This powdered tea is packed with antioxidants and nutrients providing a variety of health benefits. As such matcha is becoming increasingly popular as people worldwide consume matcha tea, smoothies, lattes or matcha-infused meals.

The differences between regular green tea and matcha comes more from the processes than the leaves itself. Unlike regular green tea, matcha allows people to consume the entire leaf since it has been ground into a fine powder. Thus matcha can be incorporated into a variety of food dishes or beverages. On the other hand, regular green tea is consumed in the same way as other teas causing the seeped leaf to be discarded.

Unlike regular green tea, matcha comes with higher levels of caffeine, polyphenols, antioxidants such as EGCg, and L-Theanine. As a result, matcha seems to have a higher capability to prevent cancer, burn fat, and provide mental stimulation and clarity. One cup of matcha is equivalent to ten cups of regular green tea in terms of nutritional value.

Unlike regular green tea which is grown in direct sunlight, matcha is shaded in order to increase the plant’s chlorophyll levels giving it a higher detox ability.

An Overview of Benefits

By drinking a whole leaf, matcha ensures that you receive all of its nutrients including its potent antioxidants.

Matcha is known for boosting metabolism thus assisting with weight management and the burning of calories. Matcha green tea has been found to increase thermogenesis (the body’s rate of burning calories) to a rate of 35% and 43% per day. This is a stark contrast to the regular rate of 8% to 10% without drinking matcha.

Catechins are a specific antioxidant specific to matcha and other teas. The predominant catechin found in matcha is that of EGCg (epigallocatechin gallate) known for its cancer-fighting abilities. The catechins found in matcha work to fight off the effects of free radicals found in UV rays, radiation, or pollution. As a result, matcha works to restore and maintain the body’s well-being and balance.

The catechin, L-Theanine is a rare amino acid responsible for promoting relaxation and brain stimulation. L-Theanine produces alpha waves in the brain further promoting a relaxed yet alert state of mind. Other benefits of this amino acid are assisting with memory and learning while reducing the possible side effects of caffeine.

Chlorophyll is responsible for the tea’s vibrant green color while helping the body to detox by eliminating chemicals and heavy metals absorb by the body.

With drinking matcha, consumers benefit from the many antioxidants found in the tea. The body uses antioxidants as a means of fighting off chronic diseases while preventing aging. As such matcha helps prevent diseases while giving the immune system a delicious boost.

A word of caution

Understanding the benefits and overall goodness of matcha tea would be incomplete without a look into the presence of caffeine, lead and risk of allergies found within matcha.

When it comes to caffeine, matcha can contain the equivalent of one cup of coffee regarding caffeine. This is due to the consumption of the entire tea leaf rather than seeping and discarding. Matcha does counter the caffeine effects since it is known to induce relaxation courtesy of L-theanine. However, this does not negate the reality that matcha contains caffeine.

Although teas may be grown organically, lead can still be absorbed by the plant from its environment. Since matcha tea allows for the leaf to be ground into a powder, it allows for a higher consumption of lead. As such the recommended amount of matcha per day is one cup.

Another caution regarding matcha tea is to be aware that it may not suit your body, thus allergies are a possibility. For those new to matcha tea, consult a doctor or dietician before regularly drinking this super drink.

How to Choose Matcha Tea 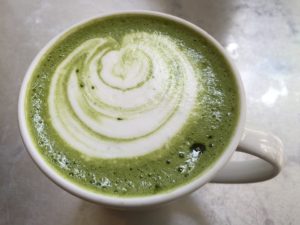 Finding the correct matcha takes some time.  Following these guidelines will help ensure that quality matcha is enjoyed by all its consumers:

Generally, the higher priced matcha teas are an indicator of a higher quality tea.  Another sign of good quality matcha can be found in its vibrancy; the deeper the green, the higher the quality.

A good quality matcha will taste sweeter than a low quality tea.  It will also have a finer powder appearance with a silky feel.

Making matcha will always be a guaranteed sign of good quality matcha since a higher quality will be smooth with no lumps found along the edges of the bowl.

Matcha tea can be incorporated into daily life in one of three methods: traditional Japanese method, modern day method, or latte.

Using the tea strainer, sift one and a half tea ladles of matcha into the ceramic bowl by pressing the matcha through the strainer. Add two ounces of hot water (176 degrees Fahrenheit to the bowl). Using the chasen whisk the matcha in a zig zag motion for one to two minutes until frothy and enjoy.