Salt: Your Enemy and Your Friend 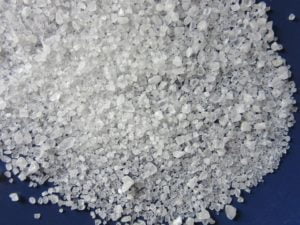 In today’s diet, salt is a standard ingredient in preparing food whether at home, restaurants, or ready-made meals. The impact salt has on our health is unavoidable whether the impact is beneficial or detrimental. Yet the debate regarding salt as enemy or friend rages on. On the one hand, some scientists and food writers advocate for salt as friend while health bodies argue that too much salt is detrimental to the body’s health and wellbeing.

A natural mineral comprised of sodium and chloride, salt is used in food as a preservative and type of seasoning. Salt comes in a variety of color since it can be transparent, black, orange, blue, or green. Its taste includes that of sweet, savory, bitter, salty, or sour. In addition, salt crystals have a high melting point which helps it dissolve quickly and evenly in food during the cooking process.

The impact of salt to your body

The body requires sodium to assist with regulating blood volume and pressure through sufficient body fluid levels. If the body has too little sodium, it will decrease its sodium excretion; if there is too much sodium in the body, it will produce an antidiuretic hormone which will allow the body to retain water. This results in the kidneys using urine as a means to reduce excess sodium and water levels until they reach their normal range.

The body’s kidneys are the main sodium regulators within the body. Should the kidneys struggle to release the right amount of sodium, increased blood pressure will cause the heart to work harder putting it under strain. This increases the risk of congestive heart failure, cirrhosis, and chronic kidney disease.

Should the body begin to encounter a sodium deficiency, one may begin to experience headaches, muscle cramps, fatigue, or nausea. The impact of significantly reduced sodium levels can result in cardiovascular death or even congestive heart failure, according to the researchers Dr Martin O’Donnell, associate clinical professor of medicine, and Dr Salim Yusuf, professor of medicine and one of PHRI’s executive directors.

The recommended amount of salt intake

According to the Dietary Guidelines for Americans, a limit of 2,300mg of daily sodium is permitted in one’s diet. The American Heart Association recommends a maximum of 1,500mg of salt per day. This is a stark contrast to the average 3,400mg of salt consumed daily by Americans. The two main culprits for such a high intake of salt include adding salt to food and the hidden salt already found in foods such as bread, cereals, ready made meals, and so on.

According to the American Heart Association approximate amounts of added table salt can be measured as follows:

How to reduce salt intake

Reducing salt intake will ensure that salt remains the friend of many households and not their foe. To reduce salt, people should focus on eating more fresh foods including fruits and vegetables and meats low in sodium. Thus reducing consumption of bacon, sausages, and delicatessen meats.

Other ways to reduce salt, include purchasing plain whole-grain pasta and rice, removing or reducing salt when cooking (stews, soups or casseroles), reduce the use of condiments such as soy sauce, mustard, sauces, and other dressings. Cook with herbs, spices and other natural flavourants (zest or juices) to enhance your meals.

Be aware of hidden salts when purchasing food at the supermarket. Read the Nutrition Facts label at the back of canned goods. Be mindful of the following names:

According to the McMaster University study, moderate consumption of salt was found to be the happy medium between too little salt and too much salt. The study confirmed that there is an association between high-salt intake and cardiovascular disease. Further studies are required to confirm the impact average salt intake reductions will have on the body. In the meantime, those who have a sensitivity to sodium or have diabetes or cardiovascular diseases, being more sensitive to salt intake will improve their health.

Since most people today consume more than the recommended amount of salt in their diets, we can conclude that reducing salt intake will assist in keeping salt as a friend and not a foe. Moderation is the key.