The Benefits of Apple Cider Vinegar: fact or legend? 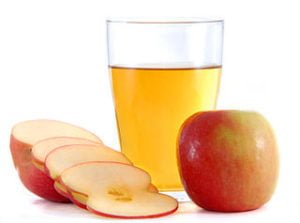 Apple cider vinegar (ACV) has been used for centuries to heal many complaints and promote its beneficial action. With thousands of years of historical use behind it, ACV has definitely proven its value to our health, yet we still see conflicting messages about it in today’s media. Some folks have stated that ACV can help you lose weight “without changing anything else,” improve the tone and appearance of your skin, or miraculously cure cancer via daily ingestion, which is simply an exaggeration of its benefits. There is much more to it than that. Apple cider vinegar is exceptionally beneficial to our life: it helps to fight infections, disinfects surfaces, and improves the health of our cardiovascular system. With all of this conflicting information, what is really fact and what is urban legend? After researching solid scientifically based studies, I believe I have found the answer.

The use of ACV in ancient times

Scientists like Hippocrates used vinegar for medicinal purposes centuries ago. Hippocrates was known for regularly prescribing honey and vinegar for coughs, colds and other respiratory ailments using a blend he called “oxymel”. Oxymel used a 2:1 combination of honey and vinegar. He also used it to fight infections and acute conditions, especially when cleaning ulcerations and treating sores. Sometime around 5,000 B.C. the Babylonians were using fermentation for vinegar and wine; even the Egyptians were clued into its benefits by 3000 B.C. The first written account of vinegar use for medicinal purposes was found in China dating back to 1200 B.C. During these ancient times, “vinegar” was created using fermented apples, ultimately inventing what we now know as apple cider vinegar.

The benefits of ACV were even recognized by Samurai warriors who would include a bit of vinegar in their drinking water to rid it of infections and bacteria. Popular at the time outside of Japan as well, it was widely used for treating wounds sustained in battle because of its antimicrobial effects. In more modern times, ACV has been used to eliminate warts and nail fungus, and inhibit the growth of pests such as lice. ACV can even disinfect our kitchen and bathroom surfaces.

What about modern times?

Studies performed in 2012 found reductions in blood pressure, cholesterol and even triglycerides in mice that regularly ingested diluted ACV. This study used cholesterol-induced mice and delivered daily doses of diluted ACV over 21 days. The results support the hypothesis that ACV decreases lipid storage and overall cholesterol, allowing the body to return to its normal homeostatic state. Researchers also noticed a decreased anti-oxidative capacity of plasma. However, they did realize that these benefits did not affect mice that were fed lipids above normal ranges. Meaning, if they ate a greasy burger, and super sized French fries their body would still store those excess lipids and the ACV would be practically useless. The author’s final conclusion is that while ACV does help to lower plasma of cholesterol and triglycerides, it only works to inhibit lipid storage in those who ate healthy, balanced diets.

You could argue that this study doesn’t tell us much about the effect of ACV on humans as it was carried out on mice but the same results were found in a 2015 study which used 19 male and female human patients diagnosed with hyperlipidemia. However, this and other studies confirmed that without a healthy, balanced diet ACV does very little to prevent build up within the cardiovascular system.

A review by Grandics (2003) found that ACV has the ability to inhibit the growth and spread of human cancer cells. While ACV is beneficial for preventing cancer cell growth, it cannot overcome the negative effects of a poor diet rich in refined grains and sedentary lifestyle, both of which increase the chance of obesity. Using ACV on a regular basis, with proper breaks in use, could eliminate harmful components within our digestive tract, stabilizing our acid-base balance. Ultimately, Grandics found support for the claim that eating an unrefined diet that is high in fiber and low in saturated fats coupled with regular dietary use of ACV might in some cases prevent cancer. Additionally, its use in this manner could stabilize the glycemic response of diabetics following their main meals by slowing the rate at which carbohydrates are converted into glucose. This may stall the progression of diabetes.

The results of these studies are promising, but how does one use ACV to provide all of these benefits safely? Naturopathic doctor, Paul Bragg, opened Bragg Live Foods in 1912 to sell over 365 different organic food and health products, among them organic ACV. Since that time, his daughter, Patricia Bragg (ND) has taken over the company and continues to provide Bragg’s Organic Apple Cider Vinegar. The Bragg’s helped bring to the forefront the key component of ACV. Without its “mother” component, ACV is simply another vinegar! The “mother” component is made from the apple pectin and residues. This solid crumbly component is what holds its minerals, amino acids and vitamins, including potassium, iron and calcium. This brown material you see at the bottom of organic ACV is vital to delivering the medicinal and healing properties mentioned here.

Current research recommends that we drink one to two tablespoons diluted no more than three times per day. If the flavor is a deterrent, it can be masked by including ACV in salads, used to pickle vegetables, or combined with honey and lemon for a refreshing pick-me-up. Due to the intensity, ACV must be diluted before consumption. Holding vinegar in your mouth or drinking it “neat” risks damaging tooth enamel, and may cause epithelial damage to the esophagus and oral cavities. Not to mention, the potential damages caused to the inner linings of our digestive and eliminative organs. Additionally, it is important to take breaks when using ACV. Our organs can only process so much acid, and as with everything in our world: too much of any one thing, can be traumatic. A good rule of thumb is 2 weeks of regular diluted ingestion, followed by 2 weeks without any ACV ingestion whatsoever. When taken as recommended, ACV can become an essential component to a healthy and active lifestyle.

Including ACV into a healthy diet together with a active lifestyle could be quite beneficial if it becomes a regular component. This is especially important for those suffering from diabetes, cardiovascular ailments, or who are at risk of developing cancer. Its benefits are too impactful on our health to ignore them. However, using ACV in a manner that elicits its benefits rather than tossing them away is vital for anyone who decides to try including apple cider vinegar on a regular basis. Modern media may exaggerate claims, but as we’ve seen in the studies mentioned above, ACV could be a very powerful ally on our journey to lead healthier, more fulfilling lives.