Endometriosis can be extremely painful, especially during a women’s monthly cycle.

Other Endometriosis symptoms that may also be present are menorrhagia (very heavy periods) and pain during sex or during bowel movements.

If you are concerned you may have signs or symptoms of Endometriosis it is best to consult with your health care provider and schedule a pelvic examine. Usually symptoms are easy to diagnose, but there are other conditions that can mimic the endometriosis disorder.

This is actually quite a common disorder and as many as one in ten women suffer with this condition during their reproductive years. Women who have not had children are more prone to this disorder. Sometimes Endometriosis will make it difficult to get pregnant causing infertility problems. Some women are lucky and feel very few symptoms or complications. 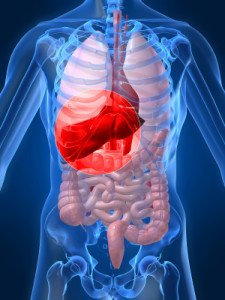 Western medicine and science has yet to determine what causes endometriosis but traditional Chinese and Oriental approaches to medicine agree that endometriosis symptoms most likely stem from a liver disorder. Recent research studies also support this theory along with implicating exposure to environmental pollutants, particularly dioxin.

Dioxins are very hard to avoid because they are found in most fish, dairy products, and meats. When the liver is weakened this compromises the immune system. Other foods that weaken the liver are refined foods containing wheat and sugar, foods that are deep fried, icy cold drinks, and caffeine. Also carbonated beverages are hard on the liver along with synthetic sweeteners. A poor diet is a strong contributor to liver stagnation. Stress is another negative factor that can lead to liver weakness. The liver is thought to be the organ in the body that is the most emotion sensitive. Prescription drugs, conventional medications, pain killers, and NSAIDs which may alleviate pain from menstruation are very hard on the liver which actually can make the symptoms worse overtime.

When a woman is diagnosed with endometriosis, western practices most often prescribe birth control pills. Contraceptives can reduce symptoms and often help, but they do not address the cause. When ceasing to take the contraceptive pills the symptoms reappear. Because Endometriosis builds up scar tissue in various parts of the body, some medical approaches opt for surgery to remove the deposits, cysts, and scar tissue. In severe cases a hysterectomy is advised as a recommended approach.

Homeopathic remedies for the liver and Endometriosis have been found to be quite helpful. This is because they address the underlying cause of the disorder. When addressing core causes versus suppressing underlying symptoms it is possible to potentially cure and prevent Endometriosis from reoccurring. This approach is found in traditional Chinese Medicine and is the basis for natural remedies that incorporate herbal ingredients. They have been proven over time to support healthy liver functioning and healthy female reproductive systems.

When taken over a period of time, natural remedies for Endometriosis have shown to be quite effective. They may take a bit longer than prescription medicines and drugs but they address the core issues rather than suppress the symptoms. Persistence and patience can often lead to permanent results that are much safer in the long run.

Strong Like Bull or Just a Bunch of Bull?