Contrary to what we usually believe, a child is often more in need of therapy than adults. Young minds are easily impressionable and most of the adverse situations they face during their early years are their first exposures to such situations. As a result, those incidents affect children more than you might think. Unfortunately, psychological problems are not always taken as seriously by parents as physical problems, which deepens the issue, allowing it to root into the child’s inner psyche. As this can potentially affect your child’s entire future negatively, here are five signs that you should look for if you think that your child needs to see a professional. 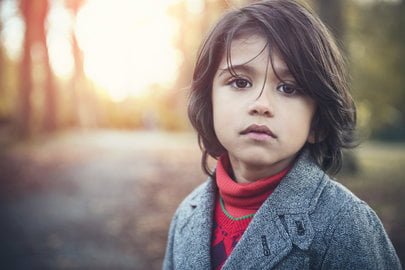 Bad behavior at home, school or at any other place is usually indicative of the fact that the child is struggling with something inside. Getting into fights at school or with siblings at home is one of the more prominent signs and so is talking back to parents, verbal abuse and rebellious outbursts among others.

This one is not to be confused with the natural behavior patterns exhibited by introverted kids because some children just do not like hanging out in a big group and that’s okay. However, everyone has at least a few friends and if your child is avoiding even them, then there’s definitely a problem there. Ask them what’s wrong and if the answer hovers around the theme of “nobody likes me,” it’s time to see a counselor.

Anyone who has been sad for a long time is probably suffering from depression, but if it’s a child we are talking about, it’s most certainly a sign of depression. Children are not supposed to stay unhappy for too long, so the reason might actually be something very serious. Anxiety is often both a cause and a result of depression, so see a therapist as soon as possible before the problems become deep rooted.

Changes in Appetite and Sleeping Habits

Lack of appetite or overeating, inability to sleep or oversleeping, nightmares, etc. are all signs that you child is struggling. See if you cannot relate these symptoms with some of the others mentioned on this list.

Negativity and Obsession with Death

If your child is talking too much about self-harm, death or killing someone else, it’s a very urgent sign and this is one of those scenarios where getting them to counseling is just as important as getting an emergency patient to the ER. Do not scold the child and force them to stop talking about such things because that won’t help at all. They will still be thinking about them and talking about it with others, just not you. Ignoring the situation is like ignoring a ticking timebomb, so seek help at the first chance.

An important part of child therapy is that it needs to come from someone who is affectionate and capable of forming a bond with the young patient. This is why ELEOS Psychology is such a good option, especially when it comes to children’s therapy or even family therapy. They understand that treating the mind of a troubled individual requires at least some degree of compassion and not just professionalism.