Healthy Aging by the Decades: Your 50s

The primary question being asked in the majority of sessions for retirement planning is what you will need in terms of financial reserves to carry you through your later years. Unfortunately, this is the only model used in America and worldwide today. However, the question that you should really ponder is: “What will you do if your health fails, and how will your retirement life really be if you will no longer be able take care of myself?” An additional issue revolves around the date at which you start taking your social security benefits, but age is just a number! In reality, what if things don’t go according to plan and you don’t even make it to 70?

What healthy aging should be about 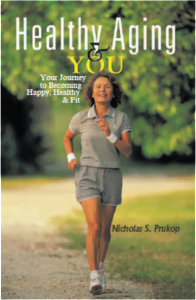 The concept of healthy aging is something that has appealed to me since I realised that at any point in time I was indeed training for the decades to come. When this dawned on me, I had to re-evaluate my own position on what aging healthfully encompasses. I am convinced that money is only part of the dilemma: if we reach our 50s and 60s with little of the health we desire, what are our realistic prospects? I have concluded that financial planning is not enough: it’s essential to be physically, emotionally, spiritually and professionally fit as well. Recently, I told a friend at the gym that I think that if people go by the common definition of retirement, namely “remaining in a state of leisure”, this will lead to an early death because people literally stop “living”.

The answer is to face the reality that we are all going to age and start preparing as carefully as we can NOW. It is much more appealing to get on with the business of training NOW rather than later when it may be too late. This thought reminds me of the oil filter ad that said: “Pay me now or pay me later” – meaning that you can replace your engine later (at a much higher cost) – or the oil filter today. Which choice would you prefer for your body? Train now or knee replacement later?

What I learned from my 50s

The decade of our 50s is when we start to “show our age”. This is the time when all our bad choices and lifestyle habits catch up with us. The truth is that playing catch up with our health is never a good option and if we prepare now rather than later we can be way ahead of the curve.

When I was in my early 50s, I realized my goal of running a combined 3000 plus miles (3675 to be exact in 1998 and 1999). That record stood until looking back on those two years I made the decision to break 4000 miles in a combined two year span so in 2011, at the age of almost 65, I started my “run” to a new two year record and finished 2011 with a total of 1955 miles. 2012 was in my sights now as a potential record breaker, so as I worked hard toward my new goal, I remained positive that I could make it past 2000 miles. I ended up with an all time record of 2145 miles and a grand total of 4150 miles. I was elated and found courage in setting a goal that had pushed me beyond previous boundaries and out of long held comfort zones.

This was possible because of my record keeping discipline over the years and the fact that I decided to break a record that had been set 12 years before. I share this example with you as a way of demonstrating that we are never old until we decide we are – and to illustrate how the succeeding decade can be influenced by something we did in the preceding one. I am planning for my 70s now based upon the foundation I laid in the previous decades of my life. I am approaching this new decade with the same thought and care that went into my 50s and 60s. Now, I feel a strong desire to maintain what I have achieved in terms of fitness, instead of going backwards and lose what I have gained.

Being driven to accomplish something meaningful is important to living a healthy and fit life. I found my work with my clients rewarding in my 50s. I believe I shared with them the best that was truly me. My 50s were a decade of growth for me. Some of my clients encouraged me to write about my training philosophy. They supported me because they believed in me and what I had been doing to serve and guide them to achieving their goals. They were responsive to my coaching and I in turn loved being with them and seeing them grow and evolve mentally and phsically. My view of life expanded greatly during my 50s. I found my stride – and witnessed becoming happier and more fulfilled than I had been in years.

In my 50s, my world was far from being perfect, but it was filled with love and support from those I cared about and served. My daughter and I grew closer during this decade while she was living a life of adventure and success. The foundation for who I wanted to be – and become – in my 50s had been laid in the previous two decades. I am grateful for my 50s because I fulfilled part of the promise I had shown as a child on Maui: I had become a good man with a kind heart and most importantly open minded. I loved learning and exploring again – just as I had done all those years before in Hawaii. This sense of progression and continuation at the same time, gave me a feeling I was being true to myself, which is the only key to happiness and wellbeing.

Some suggestions for your 50s

I will cover the 60’s and beyond in the final part of this series being fully aware that I have only “scratched the surface” of this examination and exploration of “training for the decades ahead”!

Nicholas Prukop, an ACE Certified Personal Trainer & a Health Coach, is a fitness professional with over 25 years of experience whose passion for health and fitness comes from his boyhood in Hawaii where he grew up a swimmer on Maui. He found his calling in writing his first book "Healthy Aging & You: Your Journey to Becoming Happy, Healthy & Fit" and since then he has dedicated himself to empowering, inspiring and enabling people of all ages to reach for the best that is within them and become who they are meant to be – happy, healthy and fit – and be a part of a world where we can each contribute our own unique gifts to life. Recently, he has written a series of 50 articles for the website askthetrainer.com outlining the key ideas and knowledge contained in his book and which will assist anyone – of any age - to “grow older – and not old”. Nick is excited to be a part of Healthynewage as it moves forward to change lives and leave the world a little bit better than we found it.
Previous THE TRUTH ABOUT CHOCOLATE: A LITTLE CHOC or CHOC…A-LOT?
Next How to Stay Young at Heart 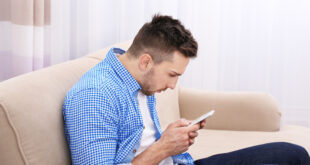 How To Take Care of Your Posture And Wellbeing 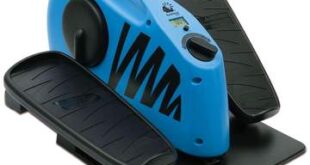 Why People are Raving About BluTiger

We are always on the hunt for the latest and greatest workout revelations. And we …