Salvia Divinorum, most commonly known as “Diviner’s sage” is a psychedelic plant known to induce hallucinogenic characteristics into its consumers. Its history dates way back to the ancient Mazatec’s. Salvia Divinorum has been in the market for a while and is widely consumed since it has little side-effects and addictive properties.

Salvia divinorum (roughly translates to “sage of diviners”), has been used for spiritual experiences throughout its history. It is said to transport a person into an alternate reality aiding connection with the divine. It is also called “Herb of Mary” or the “Shepherds‘ Herb”. It is often considered as an incarnation of the Virgin Mary herself as many people have reported of having visions of a woman under the effect of the drug. Ancient Mexicans have used this herb in their religious ceremonies and are regarded seriously by the locals.

The primary ingredient in Salvia Divinorum is the salvinorin A, a kappa opioid receptor( KOR). This takes effect directly on the central nervous system. The Mazatec’s brew a tea from the leaves and consumed it during their religious ceremonies. Many chew the leaves by shaping the fresh leaves into a cigar-like “quid” enabling the drug to directly flow into their bloodstream via their mouth. Swallowing should be avoided as the gastrointestinal system deactivates the Salvinorin A constituent of the drug. Still, others smoke it like ordinary weed consumption.

Salvia Divinorum is hallucinogenic. Thus, people tend to enter a state of trance and have visions of situations which do not exist. A person may not be able to differentiate illusions from reality. Under heavy doses, such repeated events could have psychological impacts such as:

Some harmful side-effects of the drug are as follows

Though Salvia Divinorum is said to not contain long term side effects or cause hangovers, it is wisely advised to administer the drug in controlled doses. Medical effects of the herb are still being researched. Some scientists say that it could be a possible treatment for dementia and Alzheimer’s disease.

The effects of the drug are enthralling for weed lovers. Luckily, there are many local shops and online retailers that provide the right quantity with the right quality at affordable rates. Sensi Seeds is one such store. Their wide range of products and detailed descriptive guides make it a good choice for a smart buy.

Virginia Sagal interviews CEO's from around the world and writes about Tech / Fintech / Medical and Tourism. She majored in business management, is a yoga instructor and world traveller. She writes for Newstrail, Healthynewage and several media outlets that are Google News approved.
Previous What is the Best Method of Administration for CBD?
Next RapidRona Is the New Standard of Care During the Covid-19 Pandemic 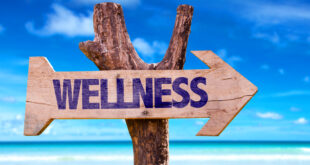 IV Therapy Can Be a Supplementary Avenue to Feeling Healthier 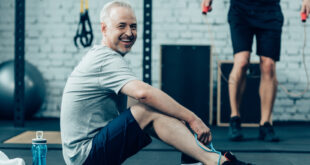 To Live Long, Exercise Rather Than Lose Weight