Coca Cola: is it really good for your health?

As the editor of Healthynewage magazine, I’m going to make an outright confession: I absolutely love Coca Cola! I could drink it all day long. I still remember feeling little fizzy bubbles in my eyes when I drank it as a child. Every part of my body seems to like it, but is it good for me? If like me you are a coke lover, you should be asking yourself the same question. This article reviews the findings of recent research but first looks at the history of the drink.
Written by Loic

When did it all start? 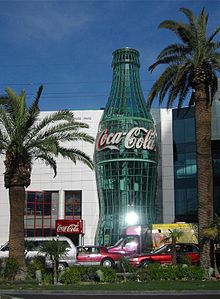 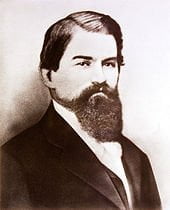 purposes. The general belief at the time was that carbonated drinks were good for your health. According to Dr Pemberton, his drink could help heal headache, impotence, morphine addiction and neurasthenia. It was sold at the Eagle Drug and Chemical Company for 5 cents. Pemberton actually came up with this drink after seeing the success of the much-praised French wine Vin Mariani. So, the first version of Coca Cola was called Wine Coca, an alcoholic beverage mixed with kola nuts and cocaine. The drink was doing relatively well and was very much consumed by the upper class intellectuals until a legislation was passed forbidding the sale of this beverage due to its alcoholic content.

Following this change in legislation, Pemberton came up with a new version of his drink in which alcohol was replaced by sugar syrup in 1886. From that point on, the drink has gone through some slight changes here and there with the purpose of meeting the health requirements of the time. It wasn’t until 1929 that the ecgonine alkaloid was successfully removed from the cocaine used to make the drink. In 1935, after making some minor changes in the way the ingredients were sourced out, the drink was certified kosher.

What goes into the drink?

There are some ingredients that have been consistently used in the formulation of the drink but because of “trade secrets” the exact formula is not given to the public. Nonetheless, these are the key ingredients that go into the Coca Cola:

It is important to also note that the formulation has also been modified over time and from country to country. This is due to health concerns that some countries have raised. The painful truth is that some of the substances used in the production of the drink are not as safe as it was previously believed. Let’s look at the main ingredients one by one.

Carbonated water is water that has undergone a process through which carbon dioxide has been dissolved into it. That gives the water an effervescent effect. What you don’t know is that carbonated water has been proven scientifically to have an eroding power over the tooth enamel and the bone. When people consume too much soda, the calcium in their bones and teeth is progressively removed to the point of weakening them. Research has shown that people who drink coke often tend to have weak bones. The eroding effect, which has be proven to happen, is described as negligible. That said, it also depends on the number of drinks one consumes in a day.

One key substance in the formulation of coke is sugar. Some will refer to it as the necessary evil. Without it, the drink will not sell and yet the sugar contained in coke is associated to several health issues. An average bottle of coke contains about 10 teaspoons of sugar. This is exactly the amount of sugar advised for daily intake. That simply means you can’t take more than one bottle a day because that will imply that you are taking more sugar than what your body can deal with. 20 minutes after you finish drinking coke, your blood sugar levels go up and in an effort to regulate itself the body produces insulin. Some of the excess sugar will be turned into fat making you put on weight.

In 1982 a sugar-free coke was launched in America. Unfortunately, the sugar-free version of the beverage has still raised some eyebrows in the scientific community. The artificial sweetener used in the production of diet coke is known as aspartame. The US Food and Drug Administration (FDA) reports that 75% of adverse reactions to food additives are due to aspartame. Other research has found aspartame to play a role in health issues such as headache, dizziness, irritability, depression, memory loss, joint pain, anxiety attacks, seizures, weight gain and vision problems just to mention a few.

The approval for the use of aspartame was put on hold in 1974 after the neuroscientist Dr John W. Olney and the research company G.D. Searle compiled a report showing the health risks associated with the substance. In 1981, the substance was approved for use in dry food and in 1983 it was also approved for use in beverages. Later on, a company called Monsanto purchased G.D. Searle and divided the company into two separate entities namely Searle Phamaceuticals and the NutraSweet Company. From that point on, Searle Pharmaceuticals have never again brought up the issue of aspartame even though plenty of research suggests it is not safe to consume.

If you are a bit more curious about aspartame you can just do a search and find the whole list of the health hazards it has been associated with. So it is still important to be cautious when opting for the so-called diet coke.

People rely on this substance to keep them going. In this competitive world, one is required to stay awake for a long time to keep up with everything that is going on and to do one’s job properly. But sometimes one may feel sleepy even when at work. Drinking coke at such times can be seen an effective way of fighting drowsiness. But this is what happens after 40 minutes you drink coke: your pupils dilate and then your blood pressure rises. From that moment, the sugar that was supposed to have been absorbed by the liver is released back into the blood stream. Even so, you still get the wanted effect of feeling awake and alerted because the adenosine receptors in your brain are now blocked by the action of caffeine. You no longer get drowsy. The Coca Cola Company is aware of the health concerns that have been raised and has come up with different formulation of the drink to respond to that. In 1983, a caffeine free version of the drink was released. 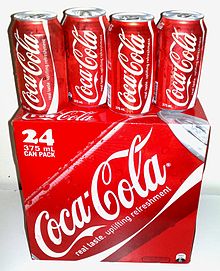 Phosphoric acid
Coke is a really sweet drink and normally, because of the large amount of sugar it contains, people should feel like vomiting. That feeling is prevented by the presence of phosphoric acid in the drink. This same phosphoric acid binds to calcium, zinc and magnesium in your intestines and that accelerates your metabolism. The new compounds created are later going to be evacuated through your urine and that is how your bones are teeth are further eroded, by the loss of calcium.

Coke contains substances that are known to cause a number of health problems. You don’t want to be abusing of the drink or you may be at greater risk of developing one or more of these conditions. Recurring health problems observed in regular coke drinkers are:

Osteoporosis: As mentioned above, the phosphoric acid in the coke drains away the calcium in your teeth and bones. If that continues over long periods of time, you are likely to develop a condition referred to as osteoporosis. Your bones will be weakened by calcium depletion to the point of breaking much more easily.

Obesity: The risk of getting obese is raised by 31% just by taking one or 2 sodas a day. That includes coke. Don’t forget that the average bottle of coke is already given you the 10 teaspoons of sugar that you need in a day. That means once you take your bottle of coke in the morning, any other sugary food that pass through your mouth is bringing in excess sugar that is going to be turned into fats. Drinking coke daily can indeed make you obese.

Caffeine dependence: By consuming drinks containing caffeine, one may develop a dependence. Coke is in the list of drinks that contain caffeine and many people have admitted to rely on it to keep themselves active. The problem is if one keeps relying on coke to stay awake over time the person may suffer from a dependence where he/she cannot operate without drinking coke first. Once a person becomes dependent on caffeine, he may experience withdrawal symptoms if not able to consume the regular dose of caffeine. It becomes a vicious cycle. Make sure not to depend on any drugs to stay awake. There are different techniques you can learn to properly train your body to be awake but first, make sure you get a good night sleep.

It’s important to know what the content of the drinks you consume regularly is. You may wonder how come a drink that is so popular and drank all over the world should be tagged with health-related risks but isn’t. The big beverage companies focus more on advertising their products rather than informing the public about the risk factors involved in their consumption. It is up to you to find out about them. After all, you are responsible for your life, not them. So make responsible choices.