Ayurveda is an alternative and holistic therapeutic ancient science which finds its magnitude with providing an individual absolute oneness with nature.

In Ayurveda, the very first principle in treating a disease is to do away with the basic cause of that disease. By doing so, no new ailment should emerge as a consequence. A disease is eradicated from its roots.

Ayurveda philosophy insists that medicine be centered at the patient, rather on the disease. The mind, body, and soul are considered as a tripod, and the entire word is sustained by their combination.

An Ayurvedic practitioner works with the preparations from herbs and natural resources. They basically prescribe a harmless therapeutic path which embraces the least or no side effects. And precisely, this is what is demanded in our times.

The Heritage of Ayurveda 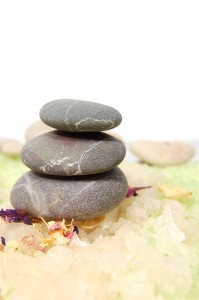 The importance of Ayurveda methods can be acknowledged by the mere fact that a whole veda has been dedicated to it. Ayurveda is the heritage of our country (where Dr. Sonica resides). It is a treasure yet to be explored and supplemented so as to provide every individual a life full of health, vigor, and vitality.

Ayurveda healing is regarded as sukha chikitsa, which means that this is the pure treatment that the science of Ayurveda has to offer in process of which no other ailment is formed. Ayurveda is a holistic treatment science which incorporates precise methodologies and therapies which target the overall wellness and longevity of an individual. This complete ancient wisdom works in proximity with other alternate therapies, like yoga, meditation, and naturopathy.

The techniques of panchkarma are an integral part of Ayurveda therapy wherein the patient is made to undergo five specific therapeutic actions. These actions are mainly based on the principle of thorough cleansing of the body systems which would in the long run help to bring the vitiated doshas into their balanced and customary state.

Panchkarma, as specified by its name, means five methods to cure the disease: 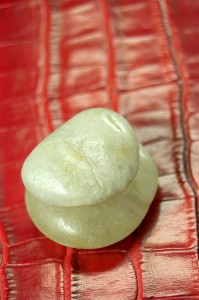 These three doshas or humors of the body are main focus of an Ayurveda physician who would perform pulse diagnosis, or nadi pareeksha, so as to substantiate the imbalance stages of vatta (air), pitta (fire), and kapha (phlegm) imbibed in the body.

This needs to be understood that as and when the three doshas are present in their relative balanced states, then these reason for the natural wellness of an individual. Nevertheless, when the three humors get to become imbalanced, this means that either they are decreased or increased than their normal limits.

In both these stages disease is certain to manifest.

The following are some common terms used during an Ayurveda diagnosis.

Dr. Sonica Krishan is an Ayurveda and Natural Lifestyle Consultant, freelance health writer, and book author based in Chandigarh, India. She has authored the natural home cure books Herbal Healers and Home Remedies, and is presently writing for national and international publications. She may be contacted at drsonica@herboveda.co.in or visit www.herboveda.co.in