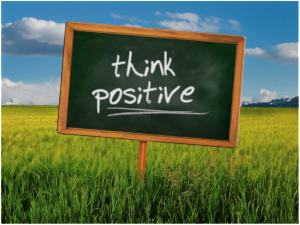 We live in a world saturated with bad news. We cannot get away from it: it’s on our Social Media, televisions, news feeds, and phones. Everywhere we turn, we see the latest terror attack, war victims or natural disaster. It is force-fed to us one way or another, so much so that it becomes part of our everyday conversations embedded in phrases such as “did you hear about…?”, or “have you seen…?”. The reiteration of bad news makes them more salient in our life. When we think of everything that is going on, from global warming to the future that awaits younger generations, it’s easy to become negative about the general state of the world.

It’s not difficult to figure out that this has a negative impact on our mind and life: given the total number of daily thoughts and conversations one might have, an increase in negative content will decrease the amount of positive focus. But he question is: does this negativity have much wider reaching implications? Are the bad thoughts of everyone collectively damaging the world around us? Evidence gathered from studies seems to suggest so.

I used to be an avid fan of the TV show Mythbusters, and one experiment they performed stuck in my mind. They set up three greenhouses with tomato plants: one was a greenhouse with no music (the control condition); another had speakers blasting the plants with loud abusive heavy-metal music (the negative condition); and the third had speakers playing nice, soothing, pleasant music (the positive condition). All other factors such as sunlight, water and temperature were controlled for and kept constant. They found that the plants in the control condition grew as normal, while those in the negative condition were stunted and withered. The plants in the positive condition flourished significantly more than the other two conditions.

What are the implications?

Both findings were explained in terms of the impact that vibration has: the first experiment looked at the vibration of music and the second at the vibration of human voice. Let me tell you, it’s the same with people. Have you ever found yourself avoiding someone because they have a “bad vibe”? We do that instinctively because people’s vibe, or vibration, literally reverberates on us. So the question we should ask ourselves regularly is: “What type of vibe do I give off?”

Around the world, like-minded people have set up groups whereby they get together, meditate and push positive thoughts out. Many of these areas have noticed a drop in crime and a rise in prosperity over the course of a year. This can also be put down to an enhanced sense of community and stronger bonds with people. If these results can be achieved with small experiments, then what impact could the collective positive thoughts of approximately 7 billion people have on the world? We need to change completely the way we think. Instead of concentrating on how to stop war, we should focus more about how to achieve peace, or think of how to increase prosperity instead of stopping poverty. We still look at the same problems, but from a positive angle instead of a negative one.

So what can you do as an individual? Easy! Turn off the news. Unfollow anything on social networks that broadcasts doom and gloom. Stop discussing bad news and events with colleagues, in the pub or at home. Subscribe to some of the “happy news” newsfeeds. We can all make a small difference, and collectively make bigger differences.

Martin Rothery is a life coach eager to help others to enjoy life. His practice is dedicated to assisting people in breaking free from forms of slavery they are not even aware of.