Is my child Gluten Intolerant and what does that really mean?

With the current banting, paleo and gluten free diets being high on the health radar, I can imagine it is easy to assume that any of these are just part of another weight-loss fad. I agree that in some cases it could be. It is probably even more justifiable to argue that children should definitely not be on any of these strict eating plans, but rather have a balanced and healthy diet. There are, however, instances where it is medically necessary to follow a very specific eating plan. I have seen, with my own daughter, what the amazing impact of such a diet could be, once it is validated as necessary.

A year ago I began to pick up that our eldest daughter, Kayla (nearly 13) was mostly tired, very irritable, frustrated and almost always recovering from a cold. I tried additional supplements, forced her to sleep more (although our girls clock approximately 10 hours of sleep on a school night) and had many heart-to-heart discussions in a quest to find out what was “triggering” her irritability. Nothing seemed to work. I started doing some research and realised that she was gluten intolerant (GI). In this article I hope to shed some light on what gluten intolerance means, how to recognise it in your children and how to easily address it through introducing a gluten-free eating plan. 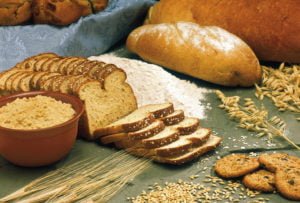 In order to grasp the term gluten intolerance, it is first necessary to understand what gluten is. Gluten is a two-part protein found in grains like wheat, rye, barley and spelt. These proteins are called glutenin and gliadin. The word ‘gluten’ is derived from the Latin word glue. Gluten is therefore the ingredient in grains, which gives food its elasticity and helps it keep its shape, for instance dough. Gluten is also found as a stabilising agent in processed foods and many other products such as sauces and even in some drinks.

What is gluten intolerance?

Gluten intolerance is the body’s abnormal innate immune response toward the intake of gluten, whereby inflammation is caused. This in turn damages the tissue that lines the small intestines. Normally, digested food enters into the bloodstream where nutrients are distributed throughout the body. In this case, because of the damaged tissue (lining), the undigested gluten is able to cross into the blood stream. The body attacks the gluten protein as it is seen as a foreign invader. It therefore minimises the body’s ability to absorb vital nutrients. Gluten intolerance can range from Non-Celiac Gluten Sensitivity to Celiac Disease. While gluten intolerance is an immune response to gluten, celiac disease is an auto-immune condition. Due to the fact that Celiac disease is a much more complex intolerance, I will review it in more detail in a follow up article. Research conducted in the US shows that between 5% to 10% of people suffer from some form of gluten intolerance.

Recognising gluten intolerance in your child

There are a few signs which should spark concern if you are wondering if your child could be GI:

If your child exhibits one or more of the above signs, it is worth looking into it a bit deeper.

How can you confirm gluten intolerance?

If your child shows one or more of the above symptoms it could be that he/she is GI. Where to now?It is always a good idea to be in contact with a medical practitioner as a starting point. There are at least two ways to go about it. This entails either a process of formal medical testing or home testing.

*IgA anti-gliadin antibodies (these are found in about 80% of people with Celiac disease),

Another option under formal medical treatment is to visit a functional medical practitioner. These practitioners treat the body as a whole in attempting to address the underlying causes of a disease as opposed to focusing solely on treating symptoms.

I have to admit that to change a child’s eating plan to a non-gluten diet is quite something to get your head around. On a good day, healthy lunchboxes could be a challenge. To eliminate gluten, takes this challenge to a whole other level. But once you see what the impact is on your child, it is totally worth it. As a family we have all adjusted our eating to make it easier for Kayla. We have a lot of fun being creative and packing lunchboxes together (although we do have stories where my creativity in the lunchboxes did not go down as well as I thought it would). I found it helpful to include the kids in packing their lunchboxes as it gives me a chance to guide them through healthy, non-gluten choices. There are many wonderful non-gluten recipe books around, which opens up a world of discovery of new ideas.

As an easy start, cut out food containing grains like wheat, rye, barley, wheat flour, spelt and triticale (cross between wheat and rye). Although oats could be gluten free, it is often contaminated during processing. You do get specified non-gluten oats. Read the packaging of food carefully as many processed food, sweets, condiments, sauces and drinks contain gluten. Wheat free food can also contain gluten. Rice, corn, maize and food made from tapioca could be introduced as a substitute. Some alternatives include buckwheat, millet, legumes (beans, soybeans and peas), quinoa, seeds, nuts, eggs, fresh meat, fish, poultry, fresh fruit, fresh vegetables. Most dairy products could also form part of your new healthy non-gluten diet.

It is important to note that the idea is not to just eliminate food, but also introduce food that could repair the damage the gluten caused in your child’s gut. You will find amazing repair food such as plain yoghurt, kefir (a fermented milk drink that could be home made or bought) and probiotics. These are a few examples of beneficial food for good digestion and prolonged gut health.

To summarise, although a gluten intolerance in your child could have a major impact on your family, it is absolutely worth seeing your child healthy and happy. If you see this as a family adventure, rather than an impossible challenge, it is easy to adapt to the new-found gluten-free lifestyle. Enjoy discovering new creative family meals.