Cancer and the Search for Lost Meaning

Cancer and the Search for Lost Meaning: The Discovery of a Revolutionary New Cancer Treatment is written by Pier Mario Biava, MD.

In this remarkable book author, physician, researcher, and pioneer Pier Mario Biava, opens up the much needed discussion on optional cancer treatments that go beyond even the traditional alternative cancer treatments in mainstream society today. 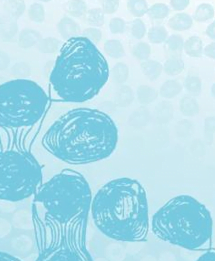 Cancer and the Search for Lost Meaning is a well written, engaging, 168 page book chronicling Biava’s professional (and often personal) journey that led him to make these groundbreaking discoveries in regards to cancer treatment.

Who is Pier Mario Biava?

Pier Mario Biava began his professional medical career employed as a researcher after graduating from the University of Pavia in 1969.

His restlessness with traditional medical research and treatments started early in his medical career.

Biava states in his book that he found that creativity did not have a place in the medical world. First, he realized, came power and credibility.

Biava came to discover in a short time working in the traditional medical fields that it would take years for him to earn this credibility, which would then lead to others possibly taking his creative solutions somewhat seriously.

He knew that when this time came he would be later in his years, with most of his creativity drained and be of little use to actually help find solutions to disease.

A Book Not Just for Cancer Patients

In Cancer and the Search for Lost Meaning Biava makes the claim that cancer can be more effectively treated and cured by taking a quite different approach.

Instead of killing or cutting out the cancerous cells, Biava suggests the radical approach of actually re-programming the cells to function differently or in many cases normally again.

This is what Biava says happens within the first weeks of life in our mother’s womb. Stem cells are taught or programmed as what to do and how to function.

Discussion includes the idea that in order to “cure” cancer these dysfunctional cells merely need to be told by the body how to behave differently.

But Biava doesn’t end his theory there. In addition Biava argues that the cure to cancer is to not only re-program cells but to take a more “holistic” approach to life.

He believes that the state of society’s “emptiness” or lack of meaning for a passionate life contributes to the state of disease that seems to be overtaking much of the modern world.

This book is a compilation of medical facts and research, personal experience, and a creative, fresh approach to tackling the cancer problem and finding a renewed, refreshed daily life.

Biava tells his story and makes his case for curing and treating cancer in a friendly, understandable style.

Although some of the information contained in Cancer and the Search for Lost Meaning is technical and may take a couple of re-reads, Biava’s style and sincerity come shining through in this important book.