What is Reiki? And how does it work?

A brief history of Reiki

Reiki is an ancient healing system originally from Japan. Reiki comes from Rei, which is the Universal Consciousness – i.e. God, Goddess, Divine Force, Creator, Great Spirit or whatever your preferred name for describing the intelligent, benevolent creative force of the Universe – and Ki, which means energy and refers to the energy found in everything. In China, they call this energy ‘chi’ while in India they call it ‘prana’.

The Reiki healing system was founded by Dr Mikao Usui in the late 1800’s. After his business failed, Dr Usui was drawn into studying Buddhism, Taoism and Confucianism. He also spent time learning and meditating with Buddist monks. On one occasion, he went on a 21 day retreat at Mount Kurama, a holy place in Japan. He had fasted and meditated for 21 days and on the last day of his retreat he experienced a ‘satori’, or moment of enlightenment. We are told that when he was in deep meditation he ‘saw’ thousands of rainbow coloured bubbles coming towards his third eye and through this process received information telling him how to heal his fellow man.

After Usui finished his retreat, he returned to normal life and began to give healing treatments in the slums of Japanese cities. He never charged for the healing and over the years he attracted many followers who wanted to learn how to give healing treatments, so they became his students. One such man was a retired Naval Officer called Chujiro Hayashi, who is one of the sixteen Reiki teachers that received teachings from Usui. Hayashi is credited with creating the standard hand positions that are taught in the Usui System of healing. He wanted to make the Reiki healing more widely available to the general public and to offer the healing in a clinical setting.

The person that brought Reiki to the west is Hawayo Takata, a Japanese immigrant’s daughter living in Hawaii. She had come to Japan to have a malignant tumour removed and just before surgery she ‘heard’ a voice tell her she did not need the operation. She told the surgeon she had changed her mind and asked him if he knew any alternative. The surgeon directed her to Hayashi’s clinic and after many Reiki treatments from Hayashi she was completely healed of the tumour. Takata pestered Hayashi to teach her Reiki: he resisted doing this for some time but eventually agreed.

After learning from Hayashi, she returned to Hawaii and began practicing Reiki there. She began to give treatments at about the same time as the bombing of Pearl Harbour. Because of the anti Japanese feeling in the United States, she created stories about Dr Usui having been at a Christian school in Japan and a Divinity School in Chicago. In the last few years evidence has emerged to confirm that these stories were false. Mrs Takata went on to teach 22 more Reiki Masters and everyone in the west today who is practitioner of the Usui system of Healing has a lineage to one of those Reiki Masters.

So how does Reiki work?

Reiki healing is based on the principle that everything is energy, a fact that has been confirmed by modern physics. A Reiki practitioner acts as a conduit for the Reiki energy to flow through them and into the energy systems – physical, mental, emotional and spiritual – of the recipient. The energy is then used by the receivers innate healing system to create harmonious and balanced energy. As Reiki is an intelligent force, it will always go to where it is most needed to benefit the individual. The healing will unblock any stuck energy and encourage the proper flow of energy through the energy fields. It is sometimes difficult to explain how Reiki works to someone who has no concept of energy healing but I find that when most people experience Reiki for the first time they feel the energy moving around their physical body.

What happens in a ‘hands on’ Reiki treatment?

The person receiving Reiki may sit on a chair or lie on a treatment couch. They remain fully clothed and may be covered by a blanket if desired. They may have their eyes open or closed.

The chakras are spinning vortexes of energy located on the body which act as an interface between the physical and spiritual energies. The practitioner then uses their hands to ‘scan’ the energy field above the body feeling for any unusual sensations. They may detect heat, cold, tingling, pulsing or a feeling of an area being full or empty. These sensations can indicate how strong a blockage of energy may be at a particular area.

It is important to note that there is no fixed way to give a Reiki treatment because we are encouraged to follow our intuitive promptings as to where to direct the energy and how long to spend at any one area. However, most people who have trained in the Usui system use the hand positions which were devised by Chujiro Hayashi as a guide.

The treatment usually lasts about an hour, but it can be longer. Most people feel deeply relaxed after a treatment and usually feel de-stressed whilst experiencing a deep sense of peace. They often remark upon feeling uplifted and having more mental clarity. If someone has come with pain, it is not unusual for them to notice an absence of pain and swellings can be significantly reduced. The practitioner might share any insights about the healing treatment and the receiver may also share what they felt. It is common for people to feel heat and less often tingling from the healer’s hands. Sometimes the person receiving Reiki has had insights, seen colours or experienced feelings of emotional release.

In some cases, it only takes one Reiki treatment to help, but if the health condition is more chronic then more sessions may be needed. To begin with people may become weekly but as their condition improves they may then come for a top up treatment once a month.

Who can receive Reiki?

The answer is anyone, including the elderly, children, animals, and plants! Quite a few of my students have told me they have used Reiki to revive dying plants. Cats and dogs mostly respond well to the treatments and I have used Reiki to help injured birds and other small animals. You can also have Reiki food, crystals, cards, gifts, in fact anything can be Reiki-ed.

Chrissy Gray has been a Reiki Master Practitioner since 1999 and has used Reiki every day since then on clients, students, herself, pets and plants.

Chrissy Gray is a Master Herbalist, Naturopathic Iridologist, Nutritional Therapist, Reflexologist and Reiki Master who has been running a successful clinic in Cambridge and seeing many patients since 1993. She was one of the founder members of the Arjuna Clinic for Complementary Therapies. Chrissy provides tailormade natural treatment healing programmes for people and uses Iridology analysis and information from the client to assess the root cause of their problem and then recommend herbs, nutritional supplements/advice and other naturopathic remedies/therapies to help with their condition. She has successfully treated a wide range of health imbalances.
Previous Love Energetics: is this healing technique right for you?
Next Three Tools For Fitness Success 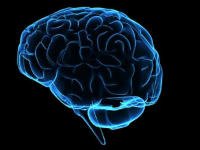 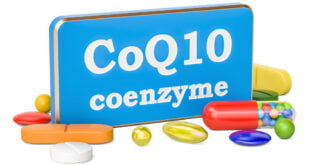 How Does COQ10 Work?

Have you ever wondered how the cells in our bodies generate energy? Cells, just like …