Viagra Vs Levitra Vs Cialis. Which Medicine is the Best Cure for ED?

When erectile dysfunction becomes an issue, many men turn to ED medications. Viagra, Levitra and Cialis are mostly used to tackle erectile dysfunction. All these drugs work in a similar fashion. They relax the blood vessels supplying blood to a man’s penis. This allows more blood to reach the penis and the man is able to get an erection.

There are a few differences between Viagra, Levitra and Cialis. In this article, we’ll explain those differences and discuss the advantages and side effects of each drug.

Cialis is available in two forms: as a weekend pill, and as a daily pill. The daily Cialis pill should be taken once a day. The benefit of taking this pill is that the effect of the drug stays for 24 hours. This doesn’t mean that a person who takes the drug will have an erection all the time. It means that whenever the person is sexually stimulated, they’ll feel the effect of the drug and will be able to get an erection to enjoy sex with their partner.

The weekend pill is more effective than a daily pill because the effects of one dose last for about 36 hours. However, this pill must be taken about 30 minutes before a person plans to have sexual intercourse.

People who are on alpha blockers to treat high blood pressure or prostate problems should not take Cialis as the pill can react with these medicines and cause significant problems.

The most common side effects of Cialis include runny or stuffy nose, headache, upset stomach, back pain, and muscle ache.

Levitra is taken when required. This option is good for people who do not want to take a drug every day. But, the drug doesn’t necessarily have to be taken right before a person wants to have sexual intercourse.

The person who takes Levitra will notice its effects after about 25 to 60 minutes. Furthermore, the drug stays active for about 5 hours. One major advantage of Levitra is that it is available in orodispersible form. This tablet will dissolve on the tongue without water. Moreover, Levitra is less affected by alcohol or food, so people can take it with meals.

Common side effects of Levitra are changes in vision, flushing, dizziness, runny or stuffy nose and upset stomach.

Viagra is only available as standard tablets. Most people can feel the effect of the pill after 30 to 60 minutes. The effect of Viagra last for up to four hours which means that the effect of both Levitra and Cialis last longer than that of Viagra.

Side effects of Viagra are similar to Levitra and Cialis and include headache, runny or stuffy nose, flushing, and change in vision.

ED medications work differently for different men. For some men, Viagra may be effective while few may find Levitra more effective and others may get better erections by taking Cialis. Therefore, people who suffer from erectile dysfunction should consult a physician and ask for their recommendation. If one drug doesn’t work, a physician would recommended another to determine which one work’s best.

Tess Bryan is an influential health writer for Healthynewage magazine
Previous In the Market for Health Insurance? Don’t Proceed Before Reading These 5 Crucial Guidelines
Next Magnetic Resonance Imaging – providing detailed image of your brain 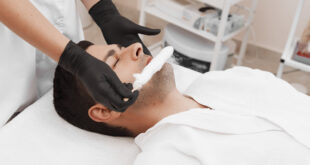 According to Grand View Research, the global medical spa industry is estimated to grow by …