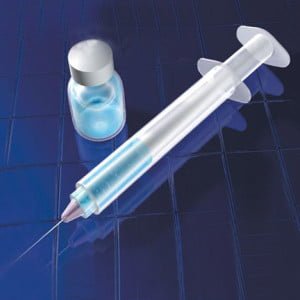 The new vaccine guidelines for 2013 has been released by the U.S. Center for Disease Control and Prevention (CDC) in collaboration with the American Academy of Pediatrics. There are 2 big changes to be noted on the new guidelines. The first big change is that adults aged 19 or older with certain defined risk factors should be given a set of two vaccines, one following the other after 8 weeks. The other big recommendation is women should now take a those of whooping cough vaccine anytime they get pregnant.

The guidelines also gives better clarification concerning the use of the the pneumococcal vaccine which in some cases can be used to protect against blood infections, pneumonia and meningitis in some individuals when dealing with certain vulnerable populations.

Dr. H. Cody Meissner said it is important that people adhere to these immunization schedules. They have been put together after reviewing scientific data and discussing them with qualified panel members. Dr. Meissner is is also a member of American Academy of Pediatrics committee. He insisted on that point by saying that there are some parents who might request the doctor to only give them half a dose of the vaccine with the idea of coming back another time to take the second those. According to the research, there is no evidence that half the dose will have the required effect. Based on that he said it is critical and necessary that parent just adhere to the schedule.

The most notable change is probably the recommendation that a pregnant woman, irrespective of whether she is in her teens or a full grown adult, should receive a booster dose of 3 specific vaccines, namely acellular pertussis (TDaP), diphtheria, and tetanus vaccine during each pregnancy. Preferably she should go for her booster doses between the 27 and 36th week of gestation.

According to Dr. Meissner, of late, there are a lot of cases of whooping cough resurging compared to previous years. He is expecting the final statistics to be released this year to report registered cases around 35,000 but actual numbers may be much more than that considering the fact that not all of them get documented.

The doctor added that newborn babies don’t usually have protection from vaccines. But if the mother gets vaccinated before the baby gets born, the vaccine passes through the placenta and that should help transfer a high level of immunity to the fetus. He added that it would be preferable for any family member that intends to be around the baby to get vaccinated too. It doesn’t matter whether it is the father or the grandparents.

Another doctor, Dr. Lorry Rubin, attributed the resurgence of whooping cough to the changes made on the original vaccine which was redesigned in order to get rid of many side effects. That happened at the expense of long-term effectiveness. He works at the Cohen Children’s Medical Center of New York as the director of pediatric infectious diseases.

This new guideline might receive some opposition from advocate of higher risks involved with vaccines. They claim that there are toxins and additives found in vaccines that may have devastating consequences on the development of the fetus. According to them whooping cough vaccine has not been proven to be effective anyway and it is not a matter of higher dosage.

As Dr. Rubin said, there were indeed some side-effects that went with the previous version of the vaccine but the toxins involved with those side effects were taken away and that explains why the vaccine is not as effective now.

As a rule of thumb, vaccines made with inactivated (killed) viruses are safe to be used during pregnancy. That includes the flu shot, the tetanus, diphtheria and pertussis (whooping cough) vaccines.

On the other hand there are vaccines that are made with live viruses and they are not recommended to pregnant women. Those vaccines are the ones made to protect from chickenpox, Zosters, Measles, mumps, rubella and Human papillomavirus.

It is important to always be in touch with your healthcare provider anytime you want to make a decision related to vaccines.

The other problem might be that some people who have egg allergies do not react well to flu shots. But according to Dr. Rubin, those with mild egg allergies should be able to cope with the vaccine. So far as the allergy is localized the vaccine should be tolerated by the body, that said it is always preferable to have the shot in a hospital, just in case. He also noted that by next year, there should be a new improved version of the flu vaccine in the market.