Underneath the war on drugs we may face a broken system

As the phenomenon of medical tourism is growing internationally and US politicians seek to find common ground on key healthcare issues, it appears that other countries are starting to assume a leading role on research. A recent article by Jag Davies at the Drug Policy Alliance was indeed critical of the criminalization of psychedelics and the role of the proposed Mexican wall as opposed to  more research based-solutions. Whilst he may have raised an interesting discussion, we’re now seeing more mainstream news outlets weighing in on this with a variety of viewpoints.

A new national emergency has now surfaced: The US president declared opium addiction a national emergency and his favourite press outlet made no secret that aggression is the preferred choice of action. In fairness though, president Trump did donate a portion of his salary to raise awareness about the epidemic. You can appreciate that those with knowledge of the matter stressed that a war should be declared on opioids and not addicts, which many fear is now on the cards. How then would the issue of opioid addiction be dealt with at it’s root cause? Many find their answer to this beyond US borders as we will discuss below.

Indeed there is a sense of frustration that the FDA is lagging behind other countries in approving the research of ibogaine treatment. This comes especially as more and more patients are claiming that it was a success and their lives depended on being treated abroad. The frustration with the system seems reasonable given that initial ibogaine research in the US dates back as far as 1985, when rapid opioid detox was investigated. At the time a patent was granted, known as the “Rapid method for interrupting the narcotic addiction syndrome (USPTO #: 4,499,096)”. The question therefore arises: Why do US citizens who suffer addiction need to be treated in Mexico, Canada or Spain? After all, we’ve been aware of the potential solution for more than 30 years now. The answer in short, is that ibogaine is currently illegal in the US and that regulators struggle to pass something that may produce such strong adverse symptoms. With the substance being illegal, the US currently only allows for laboratory research as opposed to clinical trials involving real patients.

The question then arises: Is the US facing somewhat of a conundrum unless it takes heed of the research results produced by other countries? The idea of the US buying into the research from other countries is not something one would expect to see anytime soon. The presidents’ predecessor, Mr. Obama, noted that the system is broken. It is not hard to reach the conclusion that perhaps the war on drugs has been launched from a broken platform, namely a system that prevents itself from solving critical issues in an intelligent and pragmatic way.

There is no doubt that the opioid emergency in the US reached epic proportions and that a solution is required. A little secret is that Europeans also struggle with this, although not as much. What is alarming is that in 2016 the CDC attributed 64 000 deaths to drug overdose which represents an annual increase of 17.7%. There will be those lucky patients who travel abroad for ibogaine and other treatments but also those who are failed by the system and ultimately who die as statistics attest. Ultimately one can only hope that eventually medical tourism will not be the only lifeline to those who can afford it – but that the medical system will eventually be adequately reformed.

Renier Koekemoer is a partner at Healthynewage.com and a regular interviewer of Medical professionals. To schedule an interview with him directly, contact him at rmx321@gmail.com
Previous Best air mattress going into the 2018: 3 tips on choosing and 1 recommendation
Next Things to know about electric shavers and sensitive skin 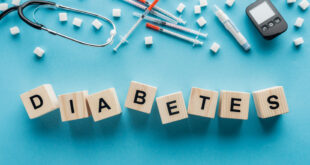 Where to order insulin needles online?