Ayurveda believes that the basic nature you ascribe to is essentially inborn. Most of the qualities, both good and bad—the looks, the talents, and attitudes—are God-gifted. In Ayurveda philosophy, there are three types of constitutions based on the three body humors. Each person falls into one of these three constitutions so read on for the explanation of each definition.

Prakriti and the Three Doshas

The prakriti of a person may be defined as the totality comprising of his physical attributes, his mental characteristics, and his innate nature. The prakriti, or the basic constitution and temperament, of an individual is believed to be innate and more or less remains the same throughout his or her life span.

According to Ayurveda philosophy, every living body in the universe is believed to be a combination of the three body humors viz. vatta or the air, pitta or the fire and kapha, or the phlegm.

The human prakriti can broadly be categorized into three distinct types. These are vatta prakriti, pitta prakriti, and kapha prakriti 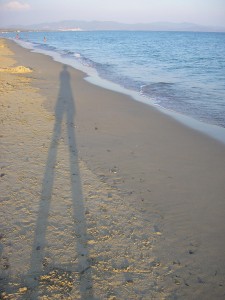 In an individual with this particular physical and mental constitution type, the vatta dosha manifests and dominates. A person with dominance of vatta would be thin, either tall or short, and with a rough skin texture. Body parts lack stability and show jerking movements. Veins and tendons are more visible. The hair is dry and brittle and the voice is hoarse.

The individual walks fast, and normally on movement his joints makes sound. He eats less and prefers food items which are salty or sour in taste. Due to the cold property of vatta, this person cannot tolerate cold climates.

Mentally, the Vatta person is generally a hurried type. He grasps very fast but soon forgets the subject. As a positive trait, the person influenced by vatta dosha is creative and action oriented.

In this type of constitution, the pitta dosha is more abundantly found to be predominant. Therefore the nature will show most of the properties of the fire body humor.

The body of a pitta person is generally symmetrical and pleasant looking. His complexion is fair, with the nails, hands, feet, eyes, and face showing a tinge of copper colour. As a pitta trait, there could be premature graying of his hair. Also, this individual perspires a lot.

Ayurveda believes that due to the basic trait of fire, a pitta individual is mentally sharp, fast, and alert. He gets angry very soon and just as soon calms down. A pitta person by and large shows qualities of being courageous, heroic in deeds, bears good intellect, and a wonderful power of memory. An individual with pitta or fire dominance is a generally balanced kind. 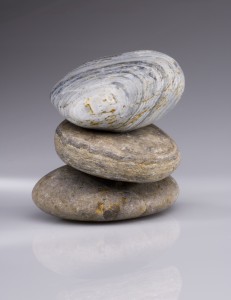 These individuals exhibit the properties of the kapha dosha, or the phlegm body humor. The body is well built, symmetrical, and attractive. All the body parts are stable and appear to be healthy and full. The kapha person’s complexion is normally fair and rosy, like a lotus, and with the glow of golden colour. His eyes are large and shiny and show happiness, and the hair growth is dense with black and shinning.

A kapha person is not the hurried type, and rather works with patience and calm. His voice is strong with a deep tone. He is fertile and leads a healthy life span with less occurrence of disease.

Mentally and emotionally this individual has a pious nature, truthful and thankful, and bears a good moral character. He has a good memory. He has a stable nature, does not change mind very often and is not impulsive.

Dr. Sonica Krishan is an Ayurveda and Natural Lifestyle Consultant, freelance health writer, and book author based in Chandigarh, India. She has authored the natural home cure books Herbal Healers and Home Remedies, and is presently writing for national and international publications. She may be contacted at drsonica@herboveda.co.in or visit www.herboveda.co.in.