The rise of luxury drug rehabs: Johnny Tabaie and The Holistic sanctuary

“New thought leadership on the concept of luxury rehabs was long overdue. After experiencing first-hand how ineffective and impersonal some treatments were, I developed a clear vision – and that is to offer the most powerful, holistic, natural, and effective healing methods. Our approach is to discover the underlying cause of the addiction, then to remove all drug residues from the body by relying on 100% Holistic detox therapies in an environment that inspires higher-level thinking” – Johnny (The Healer) Tabaie

Finding the right luxury drug rehab in a special environment that will elevate you above the challenge of addiction might be quite a search.  When walking on the streets of San Francisco at night, it is so easy to get the impression that drug addiction only affects insolvent people. Yet this could not be further from the truth. The fact is that the subtle and alluring marketing tactics used by highly organized drug dealers have reached into the upper echelons of society: from executive managers and the super wealthy suffer at the hands of this epidemic. As a luxury car dealer in Miami once said: “For every four convertibles I sell, one driver is surely spending a lot on cocaine”.  The various forms of addiction and challenges faced by our world covers quite a large spectrum as we will discuss here.

There is one mysterious man who has taken a special interest in luxury drug rehabilitation: Johnny Tabaie. He is also known as “Johnny the Healer”. His reputation for holistic healing has started to precede him as more and more people are coming forward with success stories, many which can now be seen in the form of video testimonials. Given the frustration with so many methods that does not work and the notion that the system is still failing people in the US, we have taken an interest in Mr. Tabaie as a result of these success stories: After a few days of searching I was able to have a phone conversation with him to learn more about his cause. As it turns out, there is a lot more to Johnny Tabaie: he founded “The Holistic Sanctuary” which is an exclusive holistic medical spa.

This is what we have learned about The Holistic Sanctuary:

Whilst there is still an air of mystery about the precise details of their proprietary “Pouyan Method”, the first thing we learned is that their approach is exclusive and confidential: treatments are done on a 1:1 basis. The Pouyan Method is a healing protocol that is holistic in nature and does not rely on any form of prescription medication. Interestingly though is that they developed a lot of confidence in this protocol: The 12 week platinum package comes with a lifetime guarantee: “If you relapse, you can come back for free”.

About the Pouyan Method,  Johnny and his team shared the following:

“It has been documented that the adult brain is capable of neuroplasticity – this is the brain’s ability to repair itself through formulating new neurons. Our propriety IV formulas promote neuroplasticity by giving the brain all the vital amino acids for the brain, vitamins, minerals, micronutrients it needs to thrive and continue to heal itself from years of abuse.  By promoting neurogenesis, neuroplasticity and resetting neurotransmitters, the Pouyan Method IV drips will also create new neuropathways that are responsible for sending signals from one region of the brain to another”.

What Johnny Tabaie stands for: 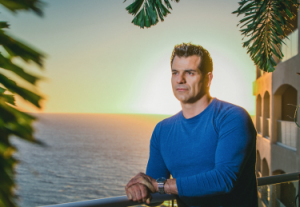 In life, the taller trees always get the most wind and we really wanted to get a deeper undestanding for the approach that has led to such an overwhelming round of positive reviews for the man behind all this. According to Johnny, he does not believe in giving out toxic medication. He relies on Advanced Alternative Medicine and a holistic approach. The protocol treats the mind, body and spirit. It is for this reason that the facility has super foods, super plants and zero prescription drugs. When asking him about his vision he said this: “After experiencing first-hand how ineffective and impersonal some treatments were, I developed a clear vision – and that is to offer the most powerful, holistic, natural, and effective healing methods”. Next, I went on to ask about specific issues that they have helped people with at during rehab as it was interesting to learn about the full spectrum.

A broad range of issues are cured at the luxury rehab facility:

The healing and recover process at The Holistic Sanctuary covers some of the biggest challenges people are dealing with. This includes PTS, Depression, Trauma and Medication abuse. In the sphere of addiction problems, it covers cocaine, heroin and methadone addiction. The luxury drug rehab makes use of various alternative treatment combinations depending on individual needs, for example Yoga/Reiki/Massage/HBOT/ Colonic Enemas. Where appropriate, the administration of ibogaine is carried out under the supervision of emergency medical room Doctors. Yet it should be noted, that patients are screened for suitability and admission is subject to medical approval from a qualified Medical Doctor at the facility. One thing that transpired from our conversation is that whilst Johnny leverages the full spectrum of benefits from advanced alternative medicine, he recognizes the need for conventional Doctors to be available particularly to provide back-up in cases where advanced life support might be needed.

Taking detox and recovery to the next level:

Johnny explained that “What you eat and drink during and after rehab matters a lot. It can affect the speed and efficiency of the healing process”. At the Holistic Sanctuary they administer an IV treatment formula which is claimed to repair the receptors of Gaba, dopamine and serotonin whilst decalcifying the pineal gland. Every guest receives a plant based raw food diet which consists of non GMO organic ingredients which is aimed at maximum nutrient absorption.

Many Americans and in fact Europeans opt to go to California for luxury rehab. Often when learning about the limitations in the US and options such as Ibogaine, many then complete a short trip across the border into Mexico where The Holistic Sanctuary is located. Whereas Ibogaine is now administered in many coutries around the world – it is probably fair to say that by being just across the border, Johnny founded the Ibogaine treatment facility that is within the closest proximity to the US, in Bajo California.

It seems clear what Johnny Tabaie stands for: powerful, holistic, natural and effective methods. His facilities are 5 star, state of the art and many procedures are backed by Medical Doctors. Their approach is to discover the underlying cause of the addiction, then to remove all drug residues from the body by relying on 100% Holistic detox therapies. The reason why they promote and guarantee a longer program is that it allows for the required time to teach clients how to reprogram all negative beliefs and thoughts that contribute to addiction. In terms of replacing the void left by drugs, it is done by enjoying a newly found holistic lifestyle where new habits consisting of exercise and meditation. As you read online reviews, testimonials and conduct research on drug rehab you find many opinions out there.

The one thing that stands out about Johnny “The Healer” Tabaie is this: He has absolutely no incentive to go along with the prescription induced crisis as nobody in big pharma would sponsor him.

America on drugs – by CNN: