The mechanisms of observational learning explained

The notion of learning through observation dates back to the later Middle Ages when master craftsmen employed apprentices to train in their trade. However, it is not until the 1970s when Albert Bandura, an American psychologist, developed a theory of how we learn to perform a behaviour through observation, what is known as Social Learning Theory (SLT). So how does learning occurs?

The mechanisms of observational learning

Why is observational learning so important?

Bandura’s experiments showed that children who had observed an aggressive role model were more likely not only to reproduce the observed behaviour, but also to find other more personal ways of expressing aggression towards an inflatable doll that bounced back when hit. In spite of all the criticism that has been raised towards the procedure of Bandura’s experiments which is beyond the scope of this article to cover, the fact remains that observation of aggression led to a significantly greater chance of behaving aggressively. This clearly has major implications for what children watch on TV, the computer games they play and the environment in their homes (e.g. domestic violence), just to mention some of the main sources of influence in children.

What about adults? Are we influenced by the different behaviours we observe? The increase in the incidence of eating disorders in the past few decades clearly indicates that adults are just as influenced by the top models displayed on magazines and by the lifestyle of celebrities.

The good news is that being aware of the influence that media can have on us makes us less likely to fall into its trap. For this reason, a petition has been put forward to make it compulsory for magazines to indicate when the face and/or body of models have been photo shopped. This should decrease the extent to which people create unrealistic ideals that are impossible to match.

The opposite is also true: we can learn from positive role models or from the observation of prosocial behaviour, such as helping and giving. In short, tell me whom you observe, and I’ll tell you what you are likely to do!

What can you remember learning through observation? I’d like to hear from you!

After pursuing a degree in Psychology, I further explored the relationship between neurochemistry and behaviour in a Masters in Brain Imaging and Cognitive neuroscience. I write about various areas of Psychology as well as articles at the interface between Neuroscience and Nutrition as I believe that nutrition has a huge impact not only on our physical wellbeing but also on our psychological states.
Previous Where to Start: Beginning a Detox Full Body Cleanse
Next Future Research Developments for Diabetes 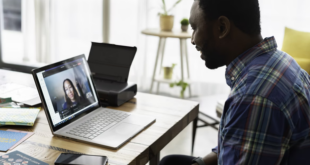 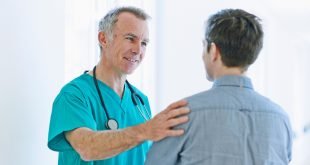 What can we learn from the latest research on ADHD?