The Case for Marijuana

The debate surrounding the legal status of marijuana has, in recent years, exploded in to the public consciousness. There are now numerous claims being made by the pro-decriminalization lobby about the alleged health benefits of marijuana, and an equally vociferous campaign from those who still believe it should remain illegal. Many of us find ourselves adrift in the middle of these two viewpoints, and with both sides pumping out new arguments and propaganda all the time it can be hard to keep up and make an informed decision one way or the other. Below is a brief and, as much as possible, objective assessment of the current evidence both for and against the medical and recreational use of marijuana.

As far as scientific evidence goes, the case in favor of medical marijuana is a strong one. That cannabis, and in particular a compound within called cannabidiol (CBD), have demonstrable and statistically significant effects on some health conditions is now beyond dispute. For example, we now know that cannabis is an effective painkiller and that the body’s endocannabinoid system is involved in autonomic pain relief. There are, however, a few important caveats that one needs to be aware of when discussing the health benefits of marijuana.

Firstly, there are a plethora of personal anecdotes about people using marijuana and subsequently finding that cancers have gone into remission, or that previously debilitating conditions are attenuated. However, without controlled studies and the rigorous testing protocols that they bring with them, it is impossible to draw any conclusions from individual experience. One should never opt to treat themselves with cannabis on the basis of an anecdotal report, particularly if this contravenes medical advice.

Secondly, smoking anything, marijuana included, is bad for you. The process of combustion releases carcinogens and free radicals which damage tissue and can trigger tumors. While it is true that smoking marijuana is less harmful than smoking tobacco, in many places cannabis is smoked with tobacco and this combination is more damaging to the body than the sum of its parts.

Marijuana is not the panacea it is sometimes touted as but it does definitely have legitimate medical applications. 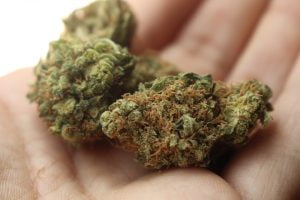 Some of marijuana’s medical effects are mediated by the non-psychoactive compound CBD, others however are mediated by THC and it is impossible to separate these medical qualities from the psychoactive ones.  Marijuana is not physically dangerous but the side effects that come with intoxication; anxiety, paranoia, racing heart, bloodshot eyes etc. can be distressing and uncomfortable for some. There is also evidence to suggest that marijuana can trigger latent psychological conditions such as schizophrenia. There is much debate as to whether cannabis can cause such conditions on its own.

The ease with which marijuana can be grown has led to its widespread proliferation around the globe, it is currently legal in 26 US states to some degree.

Six states, plus the District of Columbia, have legalized marijuana for recreational use; Arkansas, Florida, North Dakota, California, Massachusetts, and Nevada.

Outside of the United States medical marijuana is becoming increasingly common throughout Europe, with a growing number of countries opting to decriminalize it to some degree.

The debate over the status of marijuana looks set to continue but the general trend seems to be towards legalization.