Symptoms and Signs of the Top Age-Related Diseases

Ageing is a beautiful thing. It means you are blessed with living a long life and getting to spend that much more time with family and friends, but at the same time it also means your risk of developing certain age-related diseases grows each year. So what are the most common age-related diseases and what are the signs and symptoms to watch for? Let’s take a closer look. 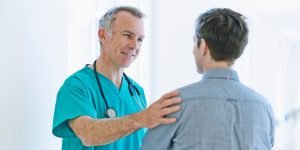 There is usually a lot of confusion surrounding dementia and Alzheimer’s, as many people tend to think they are one and the same. In fact, dementia is a term used to describe an umbrella of conditions and symptoms rather than a condition itself. By the year 2050 it is expected that just under 3% of Australia’s entire population will be suffering from dementia, which is on the rise. Alzheimer’s is a specific condition that affects the brain, and it is the number one cause of dementia.

Spotting signs of dementia and Alzheimer’s typically starts as early as age 50. Both of these conditions tend to show up between the ages of 50 to 70. Both are progressive in nature, so they will only continue to get worse over time. They have extremely similar symptoms, which are as follows:

While there is no cure for either, there are treatments which can help lessen the severity of the symptoms and help the person manage better.

Osteoporosis refers to the deterioration of a person’s bone tissue and bone mass. The end result is that the person’s bones are easier to break. It’s most commonly found in the shoulders, wrists, spine, and hips. It is more common in women, but men also suffer from it.

Cataract is something that is very common in the elderly. It is a condition that happens to a person’s eyes where one or both eyes become cloudy looking, making it hard for them to see. It tends to happen slowly over time until it becomes so bad that it’s almost impossible to see. Surgery can be performed in order to remove it, but the risks and benefits should be considered first.

Chronic Obstructive Pulmonary Disease, also known as COPD, is another common age-related disease. This is a lung disease that can include emphysema and chronic bronchitis. The number one cause of this disease is smoking, but other factors can also play into it. It is a slow developing disease that doesn’t usually get diagnosed until the person is over the age of 40. Because the lungs are obstructed, and sometimes even blocked, it can make it very difficult to breathe normally.

Be Aware of Signs and Symptoms

The best advice for people as they age is to be aware of any changes to your health and seek the advice of your doctor as soon as possible. Many of these offer a much better prognosis if there is early detection.