Stress in pregnancy might increase stillbirth according to a study 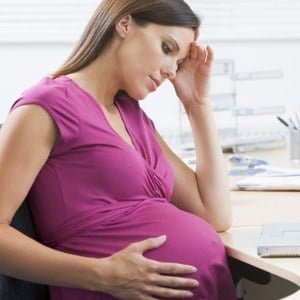 Women dealing with important financial, personal or emotional stresses the year before they deliver their baby are more prone to have stillbirth, based on a new study done by the National Institutes of Health.

In the US, recent estimations suggested that for every 167 births, one is a stillbirth. There are many factors that doctors and researchers believe play a role in increasing the risk but they are not yet able to pinpoint the exact causes of the death of the fetus around the 20th week. They only know that smoking and high blood pressure during pregnancy may influence the outcome.

This week a new study released in the American Journal of Epidemiology shows a link between stress and stillbirth. Researchers in the study surveyed 2,000 women from 59 different hospitals all around US. The women were interviewed some few minutes after they gave birth and that is irrespective of whether they had a healthy baby or a miscarriage. The data collected showed that 83% of the expecting mothers who lost their baby admitted they went through a stressful period in the past year. Among women who had a healthy baby 75% also did go through similar stressful period.

But when looking critically at the data it becomes clear that there seems to be a correlation between the level of stress that a woman goes through and the risk of stillbirth. Woman who had to deal with 5 or more stressful event in their past were 2.5 times more prone to lose their child when compared to those who reported no significant stressful event in the year before the pregnancy.

The stressing factors researchers took note of were things like arguing with husband more than usual, risk of divorce, death of a family member, moving to a different neighborhood or fear of losing a job. Certain stressors were shown to influence the miscarriage more than others. Women who found themselves in a physical fight or had to deal with a partner who did not want the baby had the highest risk of stillbirth, the same was noticed for women who had their husband in prison the previous year or were themselves imprisoned.

Previous studies had already shown a link between psychological stress and miscarriage. Researchers in Denmark had already made an investigation in 2008 showing that women who went through stressful moments during their pregnancy were 80% more prone to have stillbirth even though the overall risk was not that significant. The Denmark study combined with the new one released this week adds to a growing body of research that has shown the correlation between psychological stress during pregnancy and low birth weight or premature birth.

Study author Marian Willinger told The Huffington Post that experts will have to continue with the research to fully understand how stress affect child birth. She is the chief of the pregnancy and perinatology branch of the Eunice Kennedy Shriver National Institute of Child Health and Human Development.

She speculates that stress causes the release of certain hormones by activating certain pathways in the neuroendocrine system. Those hormones are involved in preterm labor and possible miscarriage. Stress can also increase the chances of a women getting an infection which is also believed to result in stillbirth 10 to 24% of the time. She added that there might be other biological process not yet understood by science.

It might be possible that other factors that have nothing to do with biology are also involved. The researchers may have taken note of certain socioeconomic risk factors but failed to also consider other factors like the women’s access to medical care and the quality of care which also plays a significant role in the pregnancy outcomes. Again the scientist did not really have a way to measure the intensity of the stress. They didn’t check to see how the woman was able to cope with the stress. Willinger believes this is the next step in the research.

She added that this research is not meant to put fear in women or worry them about what they could do to their baby as a result of been stressed. This is something that is beyond their control and after all the overall risk is still not significant enough.

Women having many different stressor in their lives are more likely to lose their baby. It is important for that matter that the clinician is aware of what is going on in the life of that woman and be able to assist her during the pregnancy to make sure the risks are diminished. Fortunately there are different, easy to apply methods to reduced stress.