Stevia-based Sweeteners: FDA Approved After 10+ Years. So, Why Now?

Stevia Rebaudiana is an herb in the Chrysanthemum family which grows wild as a small shrub in parts of South America.

When extracted from the leaf of the stevia plant, Rebiana becomes the natural, non-caloric sweetener that has just recently been GRAS-approved by the FDA (“Generally “Recognized As Safe”). What’s the big deal, you ask about whole food stevia extract?

Well, in 1991, stevia was banned by the FDA, which stated that “toxicological information on stevia [was] inadequate to demonstrate stevia safety.”

Four years later, the Dietary Supplement Health and Education Act forced the FDA to permit it as a dietary supplement. Fast forward to December 2008: the FDA gave a “no objection” approval for GRAS status to Truvia, (developed by Cargill and The Coca-Cola Company) and PureVia, (developed by PepsiCo and the Whole Earth Sweetener Company, a subsidiary of Merisan,  makers of aspartame), both of which are derived from the Stevia plant. They both contain Rebiana, or Rebaudioside A. The isolation process for Reb A results in a product that delivers the desired sweetness without a bitter aftertaste.

Pure stevia extract must continue to be labeled as a “dietary supplement” because the FDA has not actually permitted the stevia plant itself to be used as a food additive, only the chemically-refined Reb A extract. All of the products containing pure stevia are forced to reside amongst the other supplements in any given health food store, not on the shelves where all the other foods and beverages are placed.

The pressure to approve a natural sweetener was also due, in part, to the myriad of adverse health risks being reported to the FDA by many who consumed artificial sweeteners, like aspartame (sold as NutriSweet, or Equal), sucralose (sold as Splenda), or saccharin (sold as Sweet-N-Low).

Regardless of its prior ban and classification of stevia, the FDA has no choice but to approve Truvia, and PureVia, when both Pepsi and Coca-Cola wanted to use the Rebiana-based sweeteners in their respective product lines. If the FDA decided not to approve them as safe food additives, then those particular bottles of Pepsi and Coke containing the herb would have only been accessible in the supplement aisle. Clearly, that would never happen!

Focus on Aspartame and Its Dangers

Aspartame, is a molecule composed of three ingredients: 40% aspartic acid (an excitotoxin: as an isolate, a product that stimulates the neurons of the brain to death, causing brain damage), 10% methyl ester that immediately converts to methyl alcohol, which then breaks down to formaldehyde (embalming fluid) and formic acid (ant sting poison), and 50% phenylalanine, (as an isolate, a neurotoxin that lowers the seizure threshold and depletes serotonin, triggering psychiatric and behavioral problems). The molecule itself breaks down into multiple toxins, including diketopiperazine, an agent that triggered brain tumors in original studies. It’s important to note that the FDA has, to-date, received more complaints about adverse reactions to aspartame than any other food ingredient in the agency’s history. There is an enlightening documentary on the subject called Sweet Misery – The Truth About Aspartame which exposes Aspartame Dangers.

Focus on Truvia and PureVia

Consumers who shop in grocery stores and supermarkets will now find they have a healthier alternative to NutriSweet and other artificial sweeteners.

The two new products, Truvia and PureVia, could be patented because they are not 100% stevia extract, the first listed ingredient is Erythritol (a naturally fermented sugar alcohol), and Rebiana, as well as other “natural flavors.” Excessive consumption of Erythritol (over 80 grams per day) may result in digestive upset, diarrhea, and bloating.

“Although stevia today is sold in the U.S. as a dietary supplement, rebiana [is] the first available sweetener that has been purified from the stevia plant. Unlike many existing stevia products, which generally contain [unrefined] extracts of the plant, rebiana is…consistent in quality,” said the Truvia manufacturer, Cargill.

This is supposed to be great news for consumers, but it begs the question: Why did it take corporate giants like PepsiCo and Coca-Cola to get the FDA to finally provide consumers with a healthy alternative to artificial sweeteners?

The answer is found in multiple places.

First, look on the nutrition label of any so-called “diet” product or anything labeled ‘sugar-free.” Unfortunately, many people believe they’re doing a service to their body by consuming these products, when in reality, they are doing much harm on a cellular level. Studies also confirm that people who consume artificial sweeteners actually tend to overeat because the artificial sweeteners “turn off” the part of your brain that let’s you know you’re full. And many people are of the mentality that because they are drinking “diet” soda, it’s okay to eat super-sized French fries. According to Dr. Joseph Mercola, “Normally, when a significant quantity of carbohydrates are consumed, serotonin levels rise in the brain. This is manifested as a relaxed feeling after a meal. When aspartame is ingested with carbohydrates, such as having a sandwich with a diet drink, aspartame causes the brain to cease production of serotonin, meaning that the feeling of having had enough never materializes. You then eat more foods, many containing aspartame, and the cycle continues.” And because it is nearly impossible to avoid aspartame when consuming “diet” products, many people report adverse health conditions from its use.

Let me reiterate a point made earlier: The FDA has received more complaints about adverse reactions to aspartame than any other food ingredient in the agency’s history. (Yet, it’s still on the market in full force.)

Show Me The Money

The other part of the answer comes down to money, as most things concerning big corporations and government organizations do. “Monsanto’s profit from its NutraSweet Division was $993 million [back] in 1990.” Imagine what that number is today! And because stevia extract itself cannot be patented because it is a naturally grown plant –  as opposed to an artificial sweetener created in a lab with chemicals – it was not a high priority of the FDA’s or any corporation’s because they were making tons of money selling their artificial sweeteners to manufacturers.

Aspartame alone is in over 10,000 consumer products. Now that those corporations have figured out how to patent a stevia alternative by creating their own blend of ingredients containing a derivative of the stevia plant, there’s money to be made.

The irony is that records indicate stevia extract and the leaves of the plant have been used since 1887, when natural scientist, Antonio Bertoni first recorded its usage by native tribes , while artificial sweeteners, like aspartame, were passed through FDA approvals in no time.

We know that 100% organic stevia extract is safe and truly all-natural, there are no known stevia side effects. However, when giant corporations stand to gain by altering, or adding to, Mother Nature (and the FDA passes swift approval), proceed with some caution. If you decide to switch to Truvia or PureVia, or any of the other Rebiana-based sweeteners that are sure to come to market, be mindful of how they affect you. Each person reacts differently to foods, beverages and sweeteners. So, as with all things we put into our bodies, please use these products in moderation. 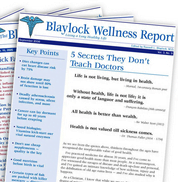 I’ll leave you with this bit of advice from neurosurgeon and leading expert on excitotoxins, Russell Blaylock, M.D., on these Rebiana-based sweeteners. In The Blaylock Wellness Report, he says “Until Truvia is analyzed, my personal opinion is continue to boycott Coke and Pepsi who have participated in the mass poisoning of the world with full knowledge (aspartame). If you just have to have a cola regardless, [have a natural cola made] with citric acid and sugar. I recommend using healthy drinks instead, and Whole Foods has an aisle full of them. They ban aspartame and Splenda.”

The author of this article, Kelly Campbell is President and Founder of TheHolisticOption.com, a health community for the whole you. The resource and social community has been called “the WebMD of natural health and wellness.” TheHolisticOption.com allows visitors and community members alike to browse and comment on natural remedies, articles, videos, blogs, podcast episodes and natural products, as well as fully-vetted, holistic practitioners throughout the U.S.,  for free! To learn more, visit > TheHolisticOption.com.