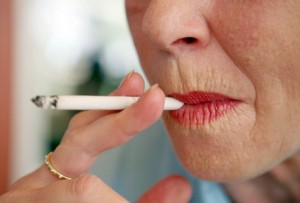 In comparison to non-smokers is has been shown that those who smoke, whether a man or a woman, is likely to die 10 years earlier. The study was published in “The New England Journal of Medicine” after researchers examined the death rate trends among smokers.

The study itself
The medical doctor, Michael J. Thun of the American Cancer Society conducted a study that looked at the death rates due to smoking for the past 50 years. He said based on that data it is clear that women smoking are as likely to die as men smoking. The data consisted of about 2.2 million adults of the age 55 or older.

It was in the 1960s that a good number of women started joining the men in the habit of smoking. In the late sixties the CDC reports that 1 in every 3 women was a smoker. It was around the same time that tobacco giant Philip Morris introduced a cigarette specially made for women.

Michael J. Thun’s research shows that between 1960 and 2000 the risk of dying from lung cancer in women smoking had gone up by 23 folds. He said 50 years is the time required for an epidemic to get going. We are now witness the impact that smoking has had on women for this time period.

There is hope for those who stop early enough

In a second analysis it was shown that people who smoke into their middle age usually lose about 10 years of their lives while those who stopped around the age of 40 tend to regain that time back. In the research 200 000 people were interviewed about their smoking habits between 1997 and 2004. The study included both males and females of the age 25. After analyzing the data, scientists have identified about 16 000 who died years later.

This is what came out ot the data analysis.

Researcher Prabhat Jha says at least the good news that one can derive from the study is that it is never too late to stop smoking. The study has shown that by quitting before the age 40 one can regain almost all his years back. He added that doesn’t mean one should enjoy smoking until his 40s before quitting. The study has also clearly shown that those who don’t smoke at all are even better off. Hopefully this news is going to change the minds of some smokers who thought the game was already over for them.

Tess Bryan is an influential health writer for Healthynewage magazine
Previous Improve your concentration with these foods
Next A new strain of Norovirus is causing intestinal illnesses around the U.S. 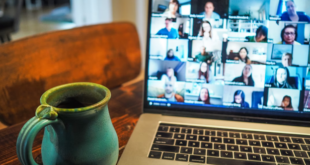