Should pregnant women take antidepressant or not? 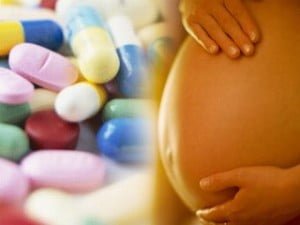 A new research suggests that babies born from moms who used antidepressant during their pregnancy have higher chances of being born with health problems or before the predicted time. Controversially the research also suggests that women who are already into antidepressant should rather use them even when pregnant because the risk involved with dropping the drug might outweigh those involved in using them.

The researchers who analyzed 23 studies were able to show that there was a link between the use of antidepressant and shorter gestational age, preterm delivery, lower birth weight and lower Apgar score. In comparison to babies from mothers that were not on antidepressant there was a clear link. The Apgar score is a measure of the health of a newborn baby

According to those same researchers, the group differences were small. They noted that the link between antidepressant and the effect it had on babies was significant but at the same time the effect they had were not strong enough to really be worried.

Conflicting information
Based on the data retrieved by the researchers 12.8% of women have depression on their 2nd trimester of pregnancy while other endure it during their 3rd trimester. And they write that untreated depression can also result in higher chances of death for both the mother and the child.

In the 23 studies the researchers looked at how antidepressants affect the pregnancy of a woman and that included both the old antidepressants and they more recent ones referred to as SSRIs.

Even that taken into consideration, the research wrote that there is a risk involved with leaving a depression untreated under the claim that it might have consequences on the baby. The relevance of the clinical consequence of relying on antidepressant should be interpreted cautiously.

How big is the risk?
Katrina C. Johnson, PhD thinks this study was a very good one considering the fact that researchers took the time to scrutinized and account for different issues. She works at Emory University in Atlanta as an assistant professor. She sees in this research a couple of possible implication.

Depression is certainly known as a risk factor that could result in complications during delivery. But according to Johnson, the low percentage of 12% accounting for depressed women was not enough for the researchers and clinicians to come up with a conclusive interpretations of the risk factors in relation to the use of antidepressant. She added that the researchers made sure to differentiate between statistical and practical significance.

This research does not conclude that moms-to-be should immediately stop using antidepressant. Johnson suggests that future mothers with depression should discuss their issue with a doctor first. She said that it is quite common that women suddenly stop their psychiatric medication after hearing they are pregnant. This may put not just the mother but also the baby at risk, especially if the stop is immediate.

The advice Johnson gives to women is to consult a person experienced in dealing with anxiety disorders and peri-partum moods and preferably the consultation should take place before even thinking of conceiving a child. That way the future mother, with the help of a professional, will have enough time to work out something that fits better her condition.

It is indeed very important not to overreact when looking at results of a research. Suddenly putting away drugs may even result in a worst form of dependency where the user may end up in a withdrawal state.

There are also other methods that the mom may try like certain meditation techniques coupled with breathing and stretching exercises. Essential oils are also believed to help raised the spirit of the person and fight depression. A good massage at the SPA should also be considered. Most importantly, the women should know how to pick her food. A lot of vegetable and whole grain foods are best during pregnancy.