Preganancy news of the week: Pregnant women at risk of blood clot identified

A study identifies women at high risk of blood clot. 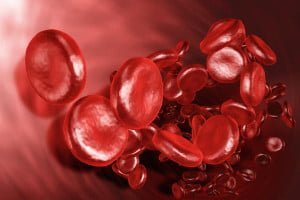 There are women that are at higher risk of blood clot. In general, blood clot is seen as a good thing because that is what protects us from losing blood when we get injured. But in some cases, for some weird reason the clotting takes place inside the body and that may result in heart attacks or stroke which are known serious medical problems.

In a new study, researchers were able to pinpoint certain factors that might increase the risk of blood clotting during pregnancy. They took the data from about 400,000 pregnancies that occurred between the years 1995 and 2009.

The key factors identified are age, disease history and weight. With respect to age, women older than 35 are at higher risk. Those who are overweight are also incurring the same risks. The same for women who smoke. Other medical complications like varicose veins, diabetes and inflammatory bowel disease were also linked to an increased risk.

With this information at hand, Doctors should be able to identify pregnant women at risk and take the required measures in advance to prevent any complications. Internal blood clots can be dangerous considering the fact that they can break free and travel to the heart, the lungs or even the brain.

It was also discovered through the analysis of the data that women who had stillbirth were 6 times more likely to get blood clot. In the past it was referred to as venous thromboembolism (VTE). Dr. Matthew Grainge who works at the University of Nottingham in the School of Community Health Sciences acknowledged that all along the association between stillbirth and blood clot received limited attention to date. According to him, this finding is of a particular importance.

The news release also mentioned that blood clots occurs 2 times in every thousand pregnancies. It is quite rare but it remains the leading cause of death in women expecting a child in developing countries. Unfortunately preventive measures like taking the drug Heparin on daily basis may not be as effective as the doctors would have wished for. Heparin is usually used as a blood thinner but doctors only recommended it to patients considered to be at high risk. But Grainge added that medical practitioners do not even agree on what factors to look at when determining if a women is at high risk.

Talking of drugs that may not be as cost effective, there is a new one that has been re-approved by the FDA.

The US Food and Drugs Administration approve the return of Bendectin 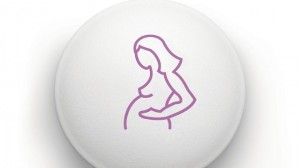 A medication that was in the past used to help pregnant women deal with the morning-sickness has be re-approved by the FDA and will return into the market under a new name. The drug was withdrawn 30 years ago after several lawsuit that identified it as not been safe.

Today it’s returning back to the market under the name of Diclegis. It turns out to be the only drug specifically approved to help pregnant women deal with stomach upset.

According to the FDA, during the 30 years when the medication was withdrawn from the market it underwent rigorous scrutiny and it is now deemed safe. Diclegis is referred to as a “delayed-release pill”. Patients are expected to be taking it in the morning before symptoms set in. Pregnant women would usually experience the worse aspect of the symptoms after waking up. That is why it is called morning-sickness. The drug is expected to help them up but some may still have to go through some nausea all day long.

The medication is intended to help women manage their nausea. In most cases doctors will just recommend expectant mothers to make some adjustment with their diet and lifestyle to be able to cope with the symptoms which usually last during the first 3 months of the pregnancy. One of the main recommendation is to eat several small meals, not the usual 3 meals others take. The future mother should also avoid foods rich in fats and smells that she knows triggers the episodes.

For this new approval, the Food and Drug Administration looked at the effect of Diclegis on 261 women suffering from morning-sickness. The conclusion was that Diclegis does help relieve the symptoms associated with the morning sickness. Other studies have also shown that the active ingredients used in the preparation of the drug did not pose an increase danger for the baby in the womb. That said some side effects like drowsiness and sleepiness were recorded. Let’s hope that this time Diclegis is indeed the miraculous pill that relieves of pregnancy related nausea.

Talking of miracles related to pregnancy, the first woman to get pregnant with a transplant womb has been identified.

The first woman to get pregnant with a transplant womb 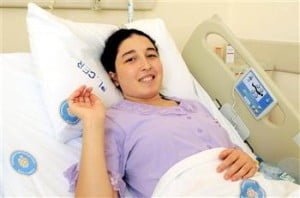 A 22 year old lady who goes by the name of Derya Sert, after seeing her doctor, was revealed to be pregnant for almost 2 weeks as a result of in vitro fertilization at Akdeniz University Hospital located in Southern province of Turkey. The news was released by her doctor Mustafa Unal in a written statement. He added that she is doing fine at the moment.

Sert as been referred to by some as a medical miracle after she became the first in the world to have a successful womb transplant from a donor that past away in August 2011.

The news of her pregnancy will light up hopes of many other women who can’t conceive a child due to complications related to the uterus. Sert was born without a uterus. This happens in every 5000 women around the world. Before implanting the embryo in her womb, the doctors decided to wait for more than 18 months just to make sure it was not rejected as a foreign organ.

This is the second womb transplant and it turned out to be successful. The world first transplant took place in Saudi Arabia in 2000 and after 99 days, doctors had to remove the organ due to heavy clotting.

Experts do fear that the pregnancy may carry many other health risks to both the patient and the baby who is expected to be delivered by C-section. The doctors intend to remove the uterus months after the delivery to avoid further complications. Let’s hope everything goes well.