Non gonococcal urethritis is the inflammation and swelling of the urethra, the narrow tube that carries urine from the bladder to the outside of the body. It leads to difficulty or pain when urinating. It is not caused by gonorrheal infection, but by a bacteria or a virus. A chemical irritant can also trigger it.

Non gonococcal urethritis can have a number of possible causes, such as an infection, irritation or damage to the urethra. This is in part due to the large variety of organisms living in the urinary tract. Ureaplasma urealyticum and Mycoplasma genitalium are some of the culprits. The most common bacterial cause of NGU is Chlamydia trachomatis, but it can also be caused by Ureaplasma urealyticum, Haemophilus vaginalis, Mycoplasma genitalium, and E.coli. Other viral infections include the herpes simplex virus, and Adenvirus.

Urethritis can be caused by mechanical injury, from a urinary catheter or a cystoscope, or by an irritating chemical, like antiseptics or some spermicides. But it can also be transmitted by unprotected sex and touching the mouth, penis, vagina or anus by penis, vagina or anus of a person who has it.

The symptoms can include pain or a burning sensation upon urination, a white or cloudy discharge and the need to pee a lot.

Non gonococcal urethritis is more common in men than women. For men, the signs and symptoms are strange liquid from the penis, blood in the urine or semen, burning or pain when urinating, painful ejaculation, itching, irritation, or tenderness around the opening of the penis, and enlarged lymph nodes in the groin area

Non gonococcal urethritis is diagnosed if a person with urethritis has no signs of gonorrhea bacteria on laboratory tests. Using a urethral swab to collect secretions for cultures, hybridization tests, or nucleic acid amplification tests (NAATs) is a common diagnostic method to confirm a pathogen, whereas first-void urine specimens can only be tested using NAATs. Recently, NAATs have become gradually accepted and preferred for confirmation of the pathogen of infectious urethritis because of their high sensitivity and specificity.

Because of its multi-causative nature, initial treatment strategies involve using a broad range antibiotic that is effective against chlamydia. But the treatment is also based on the prescription and use of the proper antibiotics depending on the strain of the ureaplasma. These treatments are the same as what will be effective for the treatment of gonorrhea and chlamydia.

It is vital that both the patient and any of their sexual contacts be treated. Women infected with the organisms that cause Non gonococcal urethritis may develop pelvic inflammatory disease. If symptoms persist, follow-up with an urologist may be necessary to identify the cause.

You have finished your course of doxycycline, or it’s been seven days since you took azithromycin
You have no symptoms.

Your partner or partners should be treated as well.

If left untreated, complications include epididymitis and infertility. Still the treatment itself, such as the prescription of antibiotics may cause some side effects, such as vomiting, feeling sick or cases of diarrhea.

Safer sex is suggested, therefore the use of latex condoms during sexual activity is advised. Latex condoms can greatly reduce the likelihood of infection, as well as reinfection.

As a recap you can also watch this short video:

Jacques is an influential health blogger and researcher helping readers explore interesting facts and information.
Previous Molluscum contagiosum: symptoms, treatments and prevention
Next What you need to know about crabs 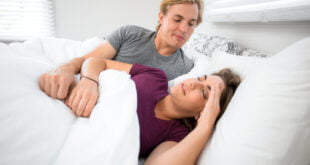 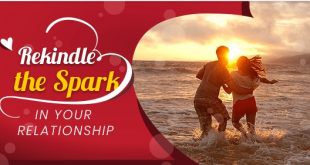 Can you think of playing any game without required gears. Can we imagine the game …