Nitrates: The Root of Beetroot’s Benefits

With cardiovascular diseases leading the pack for cause of death in the United States, any news is good news on reducing risks for heart problems. Beetroot juice has long been touted as being a great all-natural alternative when combating cardiovascular disease, specifically by lowering high blood pressure. But it wasn’t until recently that research unveiled how beetroot juice works: a study showed that the reason for beetroot’s ability to lower blood pressure lies its nitrate content.

The benefits of nitrate

Vegetable nitrates are naturally occurring and can also be found in spinach, cabbage, broccoli and carrots. Nitrate levels in vegetables are not affected by organic or inorganic growing conditions. Studies on nitrate have found that it has a number of benefits for cardiovascular health, including inhibiting platelet aggregation, thus reducing a person’s risk of blood clots, and increasing a person’s stamina, allowing up to 16% longer exercise periods.

A more recent study carried out by Queen Mary University of London and published online by the American Heart Association journal Hypertension, had researchers measure the effect of beetroot juice and nitrate capsules on two groups of healthy participants.

In addition to the noted decrease in blood pressure, biochemical changes in blood circulation were also observed. The body turned the nitrate contained in beetroot into nitrite, which in its turn was transformed into nitric oxide by losing one oxygen molecule, thus increasing the level of this gas in participants’ circulation. This had a positive effect on cardiovascular health due to nitric oxide’s ability to signal to the muscles of the arteries to relax. 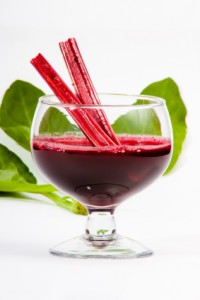 While the findings of this study seem very optimistic, they are inconclusive in a  number of ways. Participants whose blood pressure decreased after taking beetroot juice or nitrate capsules were healthy individuals, not people with hypertension. The question as to whether people with hypertension would experience the same benefits remains unanswered.

Another limitation about the generalisability of these findings to the wider population is the fact that individuals differ in terms of their ability to convert nitrates to nitrites, and how differences in individuals’ saliva, stomach acid and absorption might affect the impact of nitrate in their system.

Regardless of these limitations, there is no doubt about the benefits associated with beetroot juice and its ability to help the body fight cardiovascular disease.

It might not be easy for everyone to consume fresh organic beet juice  daily due to availability in your area and juicing prep time. Another option is to add beetroot powder to your smoothies, better if organic. Herbal detox products often contain beetroot powder and beet leaf to help support the body’s ability to eliminate built-up toxins from the body. A healthy beverage choice is to add a couple spoons of beetroot powder to a homemade or purchased fresh vegetable juice. We would love to hear about your favourite beetroot powder recipes!

Beets: food for the brain

A recent study led by Daniel Kim-Shapiro focused on the ability of beet-borne nitrates to boost blood flow in key brain areas with the intention to further the evidence about the health benefits of eating foods that stimulate the production of nitric oxide. Dr. Kim-Shapiro and the Wake Forest team recruited older volunteers between the ages of 67 to 81 (average age: 74.7) and then they divided them in 2 groups. Group 1 consumed a high-nitrate diet, with the nitrate boost coming from beet juice, while Group 2 ate a diet low in nitrate foods. 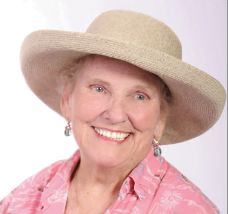 Shapiro stated that “there are areas in the brain that become poorly perfused as you age, and that’s believed to be associated with dementia and poor cognition.” So they wanted to measure the blood flow to various parts of the brain to learn more about the far reaching effects of nitrate rich foods.

A special type of MRI scanning was used to measure both groups of volunteers. They found that the high-nitrate group showed a significant and measurable increase in blood flow to the subcortical and deep white matter area between the dorsolateral prefrontal cortex and the anterior coagulate cortex. These are the frontal lobe areas associated with dementia.

As the authors of the study put it, “These results suggest that dietary nitrate may be useful in improving regional brain perfusion (blood flow) in older adults in critical brain areas known to be involved in executive functioning.” Based on this findings, the researchers suggest that dietary nitrates, such as those found in beets and other nitrate-rich vegetables “could deter, reduce, or delay age-related cognitive decline (ARCD) as well as Alzheimer’s and other disabling dementias”. This is even more compelling research evidence to include beetroot in our daily diet so as to maintain healthy blood flow to the brain.