New fitness product: a breathalyzer designed to tell when you are burning fat 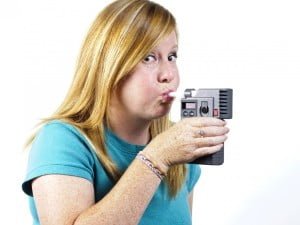 Some developers claim to have designed a prototype breathalyzer that can help gauge weight loss.

According to a new report from Japan, a new type of breathalyzer is about to hit the market. This new version should be able to pair with a smartphone and tell when a person is burning body fat and by that one will have a better idea of how successful his diet program is. The device is not ready yet for the market but there is a prototype available which looks like a pocket size gadget measuring 4 inches long. It requires 2 AA batteries to function.

How does it work

As a human being, whenever you burn fat, the level of acetone in the blood goes high and that also reflects in your breath. This is exactly what this type of breathalyzer is designed for, it measures the level of acetone in the breath of an individual. According to Satoshi Hiyama, this acetone measuring device is as reliable as a “gold standard” test. He is the senior research engineer at NTT Docomo, a Japanese company that is into mobile communications.

The device was tested on 17 men and women and the results were revealed in the Journal of Breath Research. In the new release, Hiyama mentioned that if users had the power to monitor how they were burning their fat, this could help in their daily diet management.

To use the breathalyzer, an individual has to blow into it. It then evaluate the level on acetone in the breath and sends it to an Android device via bluetooth. It takes about 10 second to complete this process.

How the study was undertaken

A number of selected people were requested to blow both on the breathalyzer and another collection bag on which conventional chromatography was the method used to measure. The participants, who were all overweight, were divided into 3 groups under a study that lasted 14 days. The first group had the freedom to live a normal routine life. The second group was made to jog and fast walk at least 30 minutes to an hour a day. The 3rd group not only was required to exercise but it also had to limit the amount of calorie intake.

Each day of the study, the participants had to measure their body weight and use the breathalyzer. The results showed that those in the first 2 groups had a relatively constant level of acetone in the breath and they did not lose a significant amount of weight. The explanation suggested by the researchers is that the “exercise only group” did not work hard enough because they were allowed to work at their own pace.

The people in the 3rd group stood out based on the amount of fat they lost and that reflected in their breath which showed higher levels of acetone.

The device is still under development but researcher speculate that it could also be used in the treatment of diabetes based on the fact that a person with a serious case of diabetes also has a breath with high levels of acetone.

The price for this device has not been set yet and nobody knows when it is going to be available in the market. It is certainly going to be a useful tool for many people concerned about their health.