Samueal Taylor Darling was a medical student at College of Physicians and Surgeons of Baltimore, and in 1903 earned the first Prize Gold Metal by performing in the top of his class. In 1905 he was accredited with discovering histoplasmosis.

Luckily, today we know much more about the disease and fungal ailment treatments.

A Fungus That Grows in the Soil 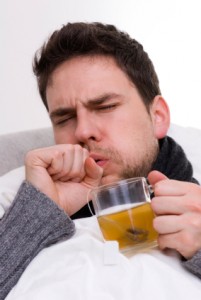 Question for Dr. Leia: My husband has histoplasmosis and bounces back and forth between feeling good one day then bad the next. I would like to know if there are any natural approaches you could suggest that we can adopt on order to help him get better.

Dr. Leia’s Answer: Histoplasmosis is a fungal disease which is caused by a fungus called Histoplasmosis capsulatum. People who live in the eastern and central United States and the Ohio and Mississippi river valleys are at risk for this
disease which primarily affects only the lungs. The fungus grows in the soil, particularly in areas where bats, poultry, or bird droppings are prevalent. When the spores of Histoplasmosis are inhaled, then they can grow inside the lungs. Histoplasmosis disease is not transferred from one person to another, therefore is not contagious.

In the inital acute phases of the disease, the symptoms can be mild, usually characterized by fever, respiratory symptoms of cough and/or chest pain, and a general overall ill-feeling.

After this intial phase, the disease becomes chronic or long lasting, and usually does not have any other symptoms unless the disease becomes disseminated or spreads from the lungs to other organs of the body. In this case, it can be fatal unless it is treated effectively and promptly.

If You Test Positive for Histoplasmosis

It has been found that about 80% of the people living in the endemic areas test positive for Histoplasmosis fungus by a skin test.  This does not mean that the person needs to be treated if the skin test is positive and there are no symptoms. It just means that the person has acquired this disease. 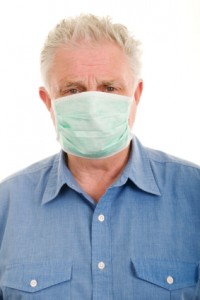 In cases of a person living with a compromised immune system from such diseases as HIV, TB, cancer, or lung disease (cigarette smokers are at high risk), histoplasmosis can spread from the lungs and enter other organs, causing a more serious problem, or even death.

The best way to protect oneself from histoplasmosis infections and other soil-borne organisims is to use a face mask when working around soil contaminated with bat, poultry, or bird droppings. Some companies will spray the soil if it is thought to be contaminated before doing excavation work in an area, or when working around chicken coops and bat caves.

Conventional medical treatment with antifungal drug medications, such as amphotericin B and itraconazole and fluconazole (Diflucan), are used by medical doctors to treat histoplasmosis.

If your husband’s infection is mild or his symptoms are not severe, then usually treatment isn’t necessary. However, if he has severe symptoms or the deseminated form involving other organs of the body, then he should follow his medical doctor’s advice and use one of these drugs or as directed by his doctor.

If your husband has a mild case of histoplasmosis he can follow some sound dietary advice.

Food to avoid eating when a mild case of histoplasmosis is present include: coffee, alcohol, tobacco and other stimulants, refined and processed foods, junk foods, excess sugar, fried foods, and unhealthy oils and trans fats.  Be sure to incorporate plenty of pure water each day. I suggest at least 8-9 glasses. Regular exercise—at least 30 minutes each day, five days per week—will help build stronger support for the immune system.

Your husband may also want to avoid allergy foods from his diet, such as milk, corn, wheat, soy products, preservatives, and food additives. These foods can irritate many people and weaken their system.

Natural antifungal medicines and supplements could include grapefruit seed extract, olive leaf, or cat’s claw herb, and a homeopathic nosode made especially for histoplasmosis. He can acquire a nosode by visiting a holistic practitioner in his area who can also put together a supplement list to follow.

It is also important to take probiotics or acidophilus to replenish the normal flora of the body with good bacteria in order to minimize the fungal load in the body.

I hope this advice helps and that your husband feels better soon.