Love Energetics: is this healing technique right for you?

I have always been attracted to different types of energy, probably ever since I watched the first Star War movie! To begin with, I focused on martial arts, first learning the Japanese techniques of Aikido, then three different Chinese fighting styles, the Kung Fu practices of Qi Gong, Xing yi and Bagua. My fascination further led me to becoming interested in Chinese masters who can project energy to heal people. I started learning about energy therapies in 2000 when I was initiated to Reiki, then studied Quantum Touch in 2010 and in 2012 I became a certified therapist in Love energetics, which is a new technique that comes from Canada. The underlying idea of energy healing is to raise the vibratory level of the therapist who then used the resonance effect to harmonize the patient creating a sense of wellbeing.

Nowadays, there are so many therapies available that it’s difficult to truly understand the differences between them, which means that choosing the right one is partly down to luck. Love energetics is my favourite technique, not only for the amazing results that can be obtained, but also because it is very straightforward, just like me. The energy is used in a totally different way, softly but very powerfully too. This is because the therapist doesn’t use his own energy but connects with his HEART and its magnetic field.

At the beginning of a session I have a short interview with the client in order to grasp his/her expectations. The favourable applications for this kind of healing are numerous:

If a client comes to me with a tennis elbow or a shoulder problem, I won’t deal with it but I will follow the protocol, giving energy to the trunk of the body so that it can gain strength. Metaphorically speaking, its branches will become active and its leaves will flourish. 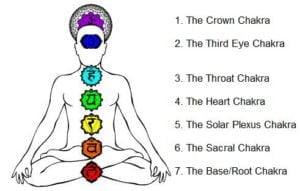 Clients keep their clothes on while lying on a massage table. During the session, I test points using reflexology, for instance chakras, and I press quite hard to see if there is pain. If the client feels pain, it’s a sign that that particular chakra has to be released. I then send energy connected from my heart and check again pressing on the same point. Usually, the pain level drops, but if it doesn’t I continue to press on that spot until the pain becomes insignificant. Only then do I move to other parts of the body. I use a process whereby the chakras are released first, then the tummy (the centre of emotions) and finally the organs. I always double and triple check points by pressing quite hard and if pain is still experienced it means that more of my energy needs to be allocated there. Love energetics therapy lasts an hour except for kundalini sessions, which last between 2 to 3 hours.

Kundalini, sometimes called “the strength of the snake”, is an energy we all have, located at the base of the spine. This particular energy can rise thanks to meditation, yoga or energy practice. The way it comes out can be very different from one person to another, sometimes very calmly and softly and others wildly. The therapist is there to help the energy flow through the main chakras fluidly. 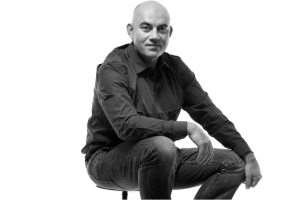 Born in Paris and graduated from NEOMA business school, Franck Marchewka mainly worked in insurance until he discovered his passion for energy healing. For those interested in organising healing sessions, he is expanding his healing practice to London and even further afield. You can visit his website here.
Previous Article
Next Article