Researchers have long understood that aging, as it occurs within the human body, depends on much more than the chronological age of the person in question. Biological aging – the age a person seems due to the condition of the body results from a complex interaction of factors. From lifestyle factors like diet and exercise, sleeping habits, use of substances like alcohol and drugs, and stress, to our very genetic makeup, the elements that influence biological age can have a much more profound effect on human functional capacity than days, months, and years.

One telling component of biological age is cellular aging – the gradual deterioration of cell function. While all cells naturally progress through a cycle of growth, maturity, and senescence – or, the inability to continue dividing and reproducing – some genetic and environmental (external) conditions can cause cells to age and die prematurely. Unfortunately, when premature cellular aging and death occur within the neuron cells of the brain, multiple neurodegenerative conditions can arise, including Alzheimer’s, Parkinson’s, and Huntington’s diseases. 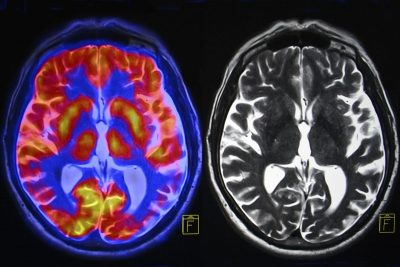 One of the most intriguing causes of premature cellular aging is traumatic stress, often classified as post-traumatic stress disorder, or PTSD. Increases in cortisol due to heightened stress response trigger the release of cytokines and glutamate, neurotransmitters important in the hippocampus area of the brain that controls memory and emotional response. Over time, oxidation, inflammation, and high levels of these neurotransmitters can result in premature cell aging and death in the hippocampus, causing premature age-related symptoms like memory loss and cognitive decline. Understanding the premature cellular aging process associated with PTSD has led researchers to evaluate how potential anti-aging therapies like klotho therapy can be used to combat the oxidation and inflammation that lead to memory loss and cognitive decline.

New Research Studies How PTSD and the Klotho Gene Interact

Researchers have found that Alzheimer’s disease and some other common diseases of aging affect the remaining healthy neurons in the brain, similar to PTSD. Genetically, there is an “at-risk” variant of the Klotho gene – a variant on a location that codes for two common anti-aging proteins and results in diminished klotho levels – that can predict premature cellular aging just as accurately as PTSD in living individuals. Now, for the first time, researchers are studying the same effects in brain tissue.

In a study conducted by the National Center for PTSD at VA Boston Healthcare System and Boston University’s School of Medicine, researchers utilized data from individuals who donated their brains to the National PTSD Brain Bank. They found that the above “at-risk” genetic variation coincided with accelerated cellular aging in older individuals with PTSD. In other words, individuals who showed both the gene variation and PTSD were more likely to suffer from advanced cellular and biological aging beyond their chronological ages.

Follow-up studies performed on a molecular level confirmed these findings, revealing that the “at-risk” gene variant regulated klotho proteins at a lower level. The resulting accelerated aging and coinciding functional decline can result in early neurodegeneration at a much earlier chronological age than expected. Together, it seems, low klotho protein levels and stress from PTSD form the “perfect storm” necessary to compound the effects of premature cellular aging.

Klotho levels and PTSD appear to impact cellular inflammation, aging, and neurodegeneration. Learning more about the way the two behave individually and interact with one another could reveal critical information about how genes and stress lead to diseases of aging like Alzheimer’s and Parkinson’s. Enhanced knowledge could help researchers identify at-risk individuals much earlier, before the effects of cellular aging have become apparent and potentially early enough to halt the progression of the disease.

In the future, the klotho gene may be a potential therapeutic target to slow cellular aging. For example, klotho therapy could be used in conjunction with existing PTSD therapies, matching highly personalized treatments to individuals with multiple risk factors for age-related neurodegenerative diseases. As research continues, hopes are high that new therapies will provide targeted premature aging prevention for those who need it most.