Find John Lennon Biography and Learn of Prophecy of His Death

Prophecy and Biography of John Lennon

The novel “Once a Man Twice A Child,” gives a unique perspective of Lennon’s death and describes a prophecy
of how it began unfolding on December 8th 1967. However, we could not find this book in print, and is no longer
available at Amazon.

The novel, Once A Man Twice A Child, is a very unique perspective of Lennon’s life and death. One which is substantiated
by the accumulation of some very intriguing facts. Facts which are all related to his untimely demise on December
8, l980, yet precede his murder by up to 13 Years.

Once
A Man Twice A Child – Part I Tomorrow Never Knows, is a fast paced thriller written in the mystical tradition
of both “Alice In Wonderland” and “The Celestine Prophecy.”

It is based on over 20 years of
research into ancient and current world events, Beatle history, and true-life experiences of the author. Dan
Alice shows how an explicit prophecy of John Lennon’s death began unfolding on December 8th, 1967.

The novel begins with a grown man pondering how to write a documentary about the frightening information he has
researched in connection to the foreshadowing of John Lennon’s death. Eventually he changes his mind and decides
it would be better to write a factual related parable to expose his confessions and childhood experiences.

The tale
sends a child named Alice on a journey of self-discovery. On his adventure little Alice makes leaps in consciousness
and awareness, yet he grows intensely confused about why facts, strange synchronicities and spiritual insights
were sequentially revealed to his trusting eyes.

His journey begins after experiencing bizarre coincidences, disturbing dreams, and spiritual visions which traumatize
him at an early age. These events all begin with a connection to a single song entitled “I Am The Walrus,” released
by The Beatles on December 8th, 1967 as part of a strange double EP record package entitled “Magical Mystery
Tour.”

This song and the subsequent prophecies revealed to the child come into being exactly 13 years to the day before
the murder of one John Ono Lennon. Delving deeply into the lyrics, album covers, and inspiration for the Magical
Mystery Tour project Alice uncovers a plethora of hidden messages and accurate predictions.

The initial information
only scratches the surface of something much deeper and eventually Alice is sent tumbling through a wonderland
of other connected realms that reach far beyond The Beatles and all of his childhood dreams and visions.

Young Alice’s strong yet uncommon sense of intuition tells him that someone or some unidentifiable force is awakening
him to all of this information. Indeed a mysterious presence manifests and draws Alice into another undiscovered
realm of the cosmos during one of his dreams. This force positions the soul of young Alice within a central location
of the greater beyond as he gazes down upon the earth and sees the confusion his physical self must endure. One of
the universal secrets revealed to young Alice is a sacred method of transcending all time and space. This ultimately
lets the child in 1967 witness the death of a Beatle in 1980.

This force also guides the young boy along discoveries of the hidden structure of reality. He is led through numerical
and astrological interpretation indicating the precise dates written into names, songs, albums, Egyptian prophecies
and events that arise throughout his life and human history. Ultimately, Alice comes to discover the precise clues,
which will actually foretell the very day that John Lennon will be murdered. While Alice’s conscious self is with
this “divine being” and away from his physical self he becomes connected to John Lennon’s childhood best
friend Stuart Sutcliffe when Stu’s consciousness replaces Alice’s on earth.

Upon the return of his spiritual self to his physical self in 1967, little Alice finds his consciousness fused with
that of Stuart Sutcliffe’s. Alice proceeds to wrestle with his connection to Stuart, the lost original Beatles bassist.
This fusion leaves naive Alice confused and unable to comprehend what is really going on. His clarity of memory and
understanding of his meeting with the divine suffers until the day Lennon dies in 1980. 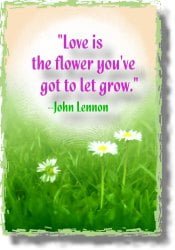 At that time everything from his life’s journey comes full circle and makes perfect sense. Perhaps it is written
into the stars that Alice is supposed to use his enlightened perception of reality, to warn Lennon of his upcoming
assassination. Perhaps it was Stuart Sutcliffe returning from the dead to warn his best friend. Unfortunately, Alice
doesn’t come to perceive the meaning and form of these clues in order to actually warn John Lennon in time. This
drives Alice to the edge of insanity and to the brink of a suicidal leap off of his 9th floor balcony on a cold winters
night.

Although classified as fiction, the majority of information in this story is entirely true. To simply call it fiction
would be an understatement. To define it on a further level will certainly be the subject of many a future debate.

If you are seeking to learn more, such as reading the John lennon Biography, learning who shot John Lennon, or locating
his popular songs and quotes, you will find a large collection by browsing through Amazon, here are some favorites:

All
We Are Saying

John
Lennon: A Story in Photographs

John
Lennon in His Own Write by John and Yoko Ono