Is irrational thinking hindering your happiness? 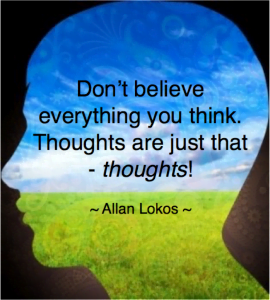 First of all, what is irrational thinking? And secondly, how is it connected to being happy? Read on to find out whether the way in which you think on a daily basis could be making you unhappy. In psychology, irrational thinking refers to a tendency to think in self-defeating and self-destructive ways by being unrealistic, inflexible and absolutist. Each time the same irrational thinking pattern is activated, it becomes more and more ingrained. Eventually, irrational thinking becomes automatic and since thinking affects behaviour, the individual develops biases towards or against certain situations and activities. Irrational thinking is very harmful to the individual because it leads to discomfort and anxiety, and when shared, it can lead to mockery, misunderstandings and the alienation of friends and family. This is why irrational thinking is believed to be at the root of a number of mental disorders such as schizophrenia, depression, anxiety and phobias, just to mention a few, and therefore is crucial to one’s mental wellbeing.

Why are thoughts so important?

Albert Ellis, an American psychologist, believed that dysfunctional emotions and behaviour depend on two factors: adversity or activating event, which he refers to as ‘A’, and beliefs, which he refers to as ‘B’. The adversity itself can either be external, any event in the environment, or internal, such as a thought that can refer to the past, present or future. If the individual holds rigid, dysfunctional and absolutistic beliefs about the adversity or activating event, this will lead to self-defeating or self-destructive behaviours, what Ellis refers to as consequences, or ‘C’. On the other hand, flexible and constructive beliefs will lead to self-helping behaviours. It is important to understand that it isn’t the adversity or activating event which in itself bears some consequences, but it is the way in which one makes sense, interprets and constructs that event. Let’s have a look at some problematic ways of interpreting and making sense of reality.

The problematic thinking styles listed below in alphabetical order are all example of irrational thinking.

“All or nothing” thinking (also known as black and white thinking OR splitting): the individual has an extreme way of perceiving reality, himself and others. For example, a person is perceived as being either all good or all bad. This indicates the inability to achieve a realistic view of reality as most people have both positive and negative personality traits. Alternatively, one’s achievements are considered as either a success or a failure, nothing in between nor a progression towards success. Black-and-white thinking can severely damage the individual’s self-esteem, which is one of the cognitive vulnerability factors that can lead to the development of depression. It can also prevent individuals from forming deep and lasting relationships as the partner is alternatingly perceived either as all good or all bad. Words commonly used in statements containing all or nothing thinking are ‘always’, ‘never’ and ‘every’.

Catastrophising or exaggerating: this is a subtype of magnification (see below) in which the individual perceives situations as being far worst than they actually are, he only considers the worst possible outcome and believes that there is no remedy for the current situation or problem. For example, an individual might think that because he gave a poor presentation at work, all his colleagues think that he’s stupid, that he will get fired and will never be able to find another job because his boss will not give him a good reference, and so on and so forth. Blowing things out of proportion will make the person feel helpless and hopeless which can lead to depression. For those who adopt this cognitive style, therapy will focus on decatastrophising.

Disqualifying the positive: the individual has a tendency to dismiss positive events and to misinterpret them. For example, a genuine compliment is interpreted as an attempt at flattery.

Filtering: the individual has a tendency to focus on the negative aspects of an event and to discard positive ones. For example, a student might only focus on a negative comment received about a piece of coursework and discard the fact that they got a very high mark overall.

Grandiosity: the individual has an inflated belief in his abilities as being superior than those of others. He also feels that he is unique, meaning that he has few things in common with others and that only few other special people can understand him. For example, a student with a grandiose thinking style might believe that he is more knowledgeable than his professor, that he would do a better job at delivering lectures than the professor and that for these reasons he should be awarded a professorship.

Labelling: the individual has a tendency to attribute his own or another person’s behaviour to an intrinsic attribute, e.g. personality, rather than an extrinsic factor, e.g. the situation, leading to labelling and mislabelling. For example, an individual makes a mistake and labels himself as a loser based on the belief that only a loser would have made such a mistake. Conversely, an individual who believes that mothers play a crucial role in the development of the child will mislabel a woman who leaves her child in day care as ‘someone who abandons her child’.

Leaps in logic: the individual jumps to conclusions, for example assuming that he knows what another person is thinking (mind reading) or that other people know what he is thinking, thus leading to misunderstandings. For example, an individual out clubbing might assume that everyone thinks that he’s not a good dancer, or that anyone who is whispering on the dance floor is talking about him. The individual might also be convinced about the outcome of a future event (fortune-telling), which however is not supported by evidence. For example, he might be convinced that he’s going to fail an exam even though he studied thoroughly.

Magnification & Minimisation: the individual has a tendency respectively to magnify his failures and weaknesses and to minimise his success, accomplishments and strengths. He will also do the same thing with other people, so that the weight given to things is subjective rather than objective. For example, the individual might write a person off forever if said person fails to meet the high standards he has set on one specific occasion, overlooking the other qualities that the said person might have. In depression, there is a tendency to magnify failures which decreases one’s self-esteem. Therapy might involve learning to downplay failures in order to preserve one’s self-esteem.

Overgeneralisation: the individual has a tendency to draw conclusions based on very little evidence or on a single incident. For example, a person went to a party once and did not enjoy herself, so she thinks that all party are boring and next time she is invited to go to one she decides not to go based on that one experience.

Personalisation: is a type of grandiosity in which the individual attributes responsibility to himself for things which in reality have nothing to do with him. For example, a parent might believe that it’s his fault if his child is having problems in school, but the reasons might be completely different.

Should Statements: the individual expects that irrespective of the circumstances himself and others should behave according to categorical imperatives, which are moral in nature and therefore always apply, or according to hypothetical imperatives, which apply in specific cases. This has been called ‘must-urbation’ as it puts individual under a lot of stress and sets him up for disappointment and frustration.

How can you fight irrational thinking?

After pursuing a degree in Psychology, I further explored the relationship between neurochemistry and behaviour in a Masters in Brain Imaging and Cognitive neuroscience. I write about various areas of Psychology as well as articles at the interface between Neuroscience and Nutrition as I believe that nutrition has a huge impact not only on our physical wellbeing but also on our psychological states.
Previous Fit at forty: from briefcase to bikini
Next What do you need to know to start practising yoga? 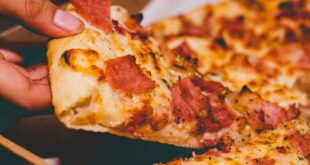 Vitamins and Health Benefits You Can Get from Pizza 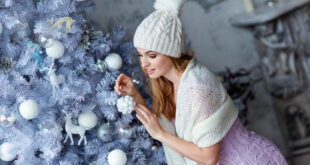 How to Look and Feel Your Best in the New Year

As the new year rolls in, we all say we want to look and feel …