Is detox diet really good for you? 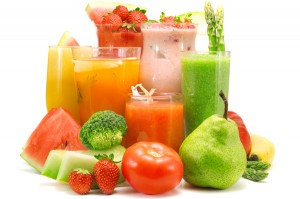 Businesses offering detox diet claims it can remove harmful toxins inside the body and at the same time allow the person to lose weight. There are people who believe in it and are willing to spend a lot of money into these types of weight loss programs. It has been reported that some Hollywood stars take their detox diets days before walking on the red carpet.

Detox diet might be popular but some nutrition experts believe those regimens do not really have the effect that some claim. At least there is no scientific evidence showing that the diet affects the weight.

According to Dr. Frank Sacks, an epidemiologist at the Harvard School of Public Health, the body already has organs for which the function is to excrete toxins and for that matter one does not need to fast or go through some sort of special detox program before the body can cleanse itself. Let’s look a bit deeper into detox diet and find out if it really has any effect.

What is a detox diet?

The word detox is the form short of Detoxification. A detox diet is a weight loss plan that some people design with the claim that anybody that follows it will flush out toxic chemicals inside the body. This is based on the idea that a person needs to take certain measures to help the body get rid of unwanted toxins from contaminants that get into processed food. We live in an environment that is polluted anyway so the body is struggling to get rid of all the toxins in the environment. For a human being to function at his best he will have to get rid of as much pollutants as he can.

The are a different types of detox programs. Some would recommend taking herbs, powders, pills, enemas and other forms of colon and intestinal cleansing. The method varies but in most cases the product used for the cleansing is available through the author’s website.

The straight forward answer to this question is yes and no. Through Beyonce, the Lemonade Diet became quite popular after she lost 20 pounds before starring in the movie DreamGirls. That said, some people don’t know that she regained the weight soon after and went ahead, in interviews, to warn people not to try that regimen.

The fact is most of these plans may allow you to lose weight at the early stages only to regain them later on. Detox diets are extremely low in calories and this explains why people quickly lose weight when they are on it. But the fact is by reducing the amount of calories taken in, one may lose muscle tissue and the health of that person can be affected as well. The thing about fasting is that the body eventually goes into conservation mode. This means it tries as much as it can not to burn down as much calories as it is supposed to.

The other thing about fasting is that the early amount of weight that is lost is rather water weight, not fat. As soon as the person is done with the diet, the so called lost weight is quick to come back. The risk is, some may even gain more weight afterwards due to the fact that their metabolism has become slow.

The bottom line is, instead of jumping in program that promises you to lose weight quickly, you should focus on a long term healthy diet that you can stick to and you will be fine. Consult a dietitian to discuss these long term plans