How Disposable E-Cigs Can Help You Quit Smoking

If you’ve ever tried to quit smoking, you know why smoking has notoriously been one of the hardest addictions to kick. At least until vaping came along. Many people are still a little gun-shy about trying e-cigs, but there’s plenty of proof out there —and an ever-increasing amount of support, even from the FDA— that shows how disposable e-cigs can help you quit smoking. Here are a few reasons why you should consider disposable e-cigs to quit smoking.

When many smokers try to quit by using nicotine gum or patches, they often miss the sensation of a cigarette. The feel of holding it in their fingers, of taking a draw on it while stuck in traffic. Disposable e-cigs have been carefully designed to give you the sensation of puffing on a cigarette, from their length and weight to their color. Most disposable e-cigs are the same length as a regular cigarette and are light enough to hold in your mouth and just keep puffing while you’re working on a computer or out with friends for the night. Some of the best disposable e-cigs out there are even made to feel a little soft like cigarettes.

They Mimic The Taste, Throat Hit, And Nicotine Intake Of Smoking

Smokers who quit and start vaping often rave about how they feel like they are smoking an actual cigarette because the flavor, throat hit, and nic content are all so comparable to that of tobacco cigs. If you’ve just decided to quit smoking, you will be glad to know that most disposable electronic cigarettes come in tobacco or menthol flavors that are made to taste just like popular brands of cigarettes. Additionally, because there is more propylene glycol than vegetable glycerin in the flavoring for disposables, you’ll get an intense throat hit that makes you feel like you’ve just taken a drag on a cigarette. Finally, most disposable e-cigarettes have a nicotine content that’s comparable to that of smokes, so you’ll be in good hands when those nic cravings start to nag you.

Disposable E-Cigs Are Better For You

First off, disposable e-cigarettes don’t burn and create ash the way that cigarettes do. This is great because it means you won’t get that unpleasant cigarette smell, you won’t ash on yourself, and you won’t have to worry about secondhand smoke or smelly clothes and furniture. It’s also been proven that disposable electronic cigs are better for you than regular cigarettes. There was a study done by Public Health England that determined e-cigs were 95% less harmful than smokes. How’s that for good data?!

As I mentioned earlier, the FDA has recently gotten behind using e-cigarettes as a way to kick the smoking habit. This means the organization has come a long way in the past decade. Vapes were also once frowned upon as a trend that was only for young men. So much so that e-cigarettes were often associated with the idea of “bros.” Recently, though, with the help of more and more statistics and support throughout the nation, more and more people are giving disposable e-cigs a shot and finding that they can be the key to finally winning that long battle to quit smoking. 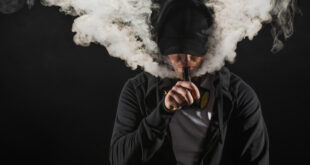 How To Make the Switch From Cigarettes to Vape Pens