Homeopathy a Pseudo-Science? Not So, Says Nobel Prize Winning Scientist

The centuries-old homeopathic system of medicine is practiced globally and used to treat a variety of conditions. This safe and natural approach to health is often criticised by conventional scientists, who question its efficacy. Nobel prize winning scientist Dr. Luc Montagnier has expressed his support for homeopathy, despite criticisms of his peers. The virologist’s recent research correlates with homeopathic essentials, and he hopes it will have an impact on the future of medicine.

Dr. Luc Montagnier is a highly esteemed researcher, having won the 2008 Nobel Prize in Physiology or Medicine for the discovery of the human immunodeficiency virus (HIV). He is the founder and president of the World Foundation for AIDS Research and Prevention. Dr. Montagnier also serves as co-director for the Program for International Viral Collaboration and is president of the World Foundation for Medical Research and Prevention.

Recently, Dr. Montagnier has taken a new research position at Jiaotong University in Shanghai. His research focus is on the emanating electromagnetic waves from highly diluted DNA of various pathogens. The electromagnetic waves have a biological effect, so he and his team will study possible theoretical explanations that will hopefully contribute to new treatments for autism, Alzheimer’s disease, Parkinson’s disease, and multiple sclerosis.

This research correlates with a highly debated aspect of homeopathy by conventional scientists: that even with dilution the therapeutic elements of a given substance remains. 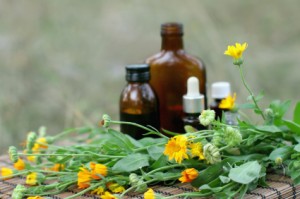 Homeopathy is a 200-year-old system of medicine that is based on the body’s innate ability to heal. It involves using minuscule doses of natural substances with the intention of stimulating the body’s natural healing processes. Whereas conventional medicine often suppresses symptoms, homeopathic medicine aids the body in its healing processes and corrects various imbalances.

The effectiveness of homeopathy has been clinically documented, especially with regards to treating respiratory ailments, allergies, influenza, fibromyalgia, rheumatoid arthritis, post surgery recovery, and even ADD.

Although basic scientific vitro studies have confirmed homeopathy’s biological activity, a large portion of the conventional science community remains skeptical of its efficacy. The claim is that homeopathic medicine is so diluted, there cannot possibly be anything remaining in the solution to heal and treat the patient. Therefore, homeopathy is a pseudo-science.

The Indian Institutes of Technology has documented nano particles of a material following extremely high levels of dilution. Furthermore, the presence of these particles in these solutions has been proven using electron difraction and chemical analysis.

The British Medical Association has referred to homeopathy as “witchcraft.” Many supporters of this system of alternative medicine claim conventional science is threatened by its success, and note that homeopathy is dismissed as a legitimate approach to healthcare because it threatens the economic future of conventional medicine and biomedicine in general.

Possibilities for Biology, Physics, and Medicine 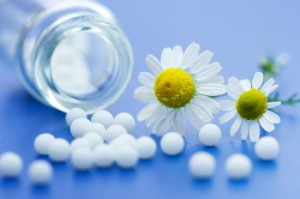 In 2010 Dr. Montagnier started a conversation with his colleagues on the possibilities of homeopathic medicine. He also expressed frustration with the lack of research funding funding for homeopathic and other natural systems of medicine.

Dr. Montagnier’s current work sheds light on an unfortunate “pathological disbelief” that exists from the scientific viewpoint. Many conventional scientists refer to homeopathy as “invalid” and refuse to acknowledge the possibilities it has for biology, physics, and the future of medicine.

When Dr. Montgnier was pressed for his take on the validity of homeopathy, he responded,

. . . it’s not pseudo-science. It’s not quackery. These are real phenomena which deserve further study.

If you enjoyed this article on homeopathy, you may also want to read of a successful Cuban research study involving millions using a homeopathic remedy.