Sugar is the main culprit contributing to rising obesity rates in the 21st century, especially in children. This is a statement made by many health experts and scientific researchers. More specifically, the claims are directed towards fructose and high-fructose corn syrup (HFCS) as the root sources of obesity. It important to recognise that the introduction of HFCS in a child’s diet begins at a very early age. Just pick up most juices, cereals, and fast foods for kids and check the labels. 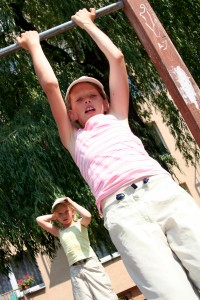 The link between fructose and obesity

Research conducted by the University of Bristol (UK) supports the claim that high-fructose corn syrup is the main cause leading to obesity. The study found that when fructose is present during the maturation process of a child’s fat cells, more belly fat than normal is produced from those fat cells. Furthermore, the body’s response to insulin by this belly fat is dramatically impeded.

The study used some biopsies of preadipocytes — or the precursors to fat cells — taken from a healthy sample of prepubescent children. Preadipocytes mature into adipocytes, or fat cells. The preadipocytes were placed in three different environments for 14 days: one of normal glucose, one of high glucose, and one of high fructose.

The fructose-exposed cells reacted differently from the others, forming more mature fat cells. These cells were also less able to react to the bloodstream’s glucose, a sensitivity associated with Type 2 diabetes. One researcher effectively summed up the study’s findings: “Fructose alters the behavior of human fat cells if it is present as the fat cells mature.” 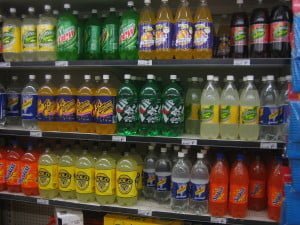 How do we translate the study’s findings into a prevention plan? A child whose diet is high in fructose—found in such items as soda and processed foods, of which high-fructose corn syrup is a main ingredient—has a greater chance of visceral, or abdominal, obesity. This in turn contributes to an increase in cardiometabolic risks. Abdominal obesity increases the risk of occurrence of cardiovascular disease.

In the US, heart disease kills more people than cancer each year. Many cases of cardiovascular disease have roots in adolescence, making teaching children healthy eating habits and promoting a healthy lifestyle a major prevention tool.

Abdominal obesity also increases the risk of occurrence of Type 2 diabetes. The body breaks down the sugars and starches into glucose — the fuel for the body’s cells. When there is a glucose build-up in the blood because the body cannot respond to insulin, diabetes complications occur.

Two-thirds of Americans are overweight or obese according to the National Health and Nutrition Examination Survey. The highest rate of childhood obesity was found in Mississippi, where an astonishing 44.4% of children are afflicted. These numbers translate into a total cost to the American public ranging from $75 billion to $139 billion per year, according to HealthyAmericans.org.

This study links the presence of fructose in the body to the production of extra belly fat cells.

By reducing or eliminating fructose from diets, the rates of abdominal obesity can be greatly reduced. Less obesity will mean longer, healthier lives, and help contribute to lowering the social, political, and economic costs of unhealthy lifestyles.

Preventing high fructose diets from becoming the norm is perhaps one of the simplest measures that can be taken along with supporting a child’s nutritional needs for growing a healthy body.