The causes of diseases like diabetes, hypertension, obesity, heart conditions, high blood pressure, and so many more cannot be attributed to genes alone. Many degenerative conditions have been linked to the results of the typically unhealthy Western diet.

As a result, people are dying faster and younger than they were in other generations, and health care costs have reached unsustainable amounts: one estimate notes $120 billion a year is spent on health care related to unhealthy lifestyles and diets.

Forks Over Knives (Monica Beach Media) is a documentary that examines this disturbing trend, and reveals the whole food, plant based diet. Following scientists, medical professionals, and sick patients, this film highlights what our society needs to understand before it’s too late: diet is much more important to one’s health than it has even been credited for. 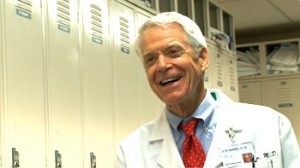 Forks Over Knives exposes the life-saving research done by two scientists. Dr. Colin Campbell is a nutritional biochemist at Cornell University. In the 1960s, he raised concerns over the practice of treating malnourishment with the heavy promotion of adding animal proteins to the diets of children in developing countries. He noticed a dramatic increase in liver cancer amongst children whose diets included a high quantity of these proteins.

Dr. Caldwell Esseltyn is the head of the Breast Cancer Task Force at the Cleveland Clinic. He became concerned over the fact that the diseases in his patients were not found in societies from other parts of the world where animal-based foods weren’t eaten.

The documentary reviews the two scientists’ research and their findings: almost every degenerative disease—such as heart disease, type 2 diabetes, and cancer—can be treated, prevented, and even reversed by changing one’s diet to whole food, plant based meals.

The Western diet is the term used to describe the dietary habit of people who frequently eat red and processed meat, sugar, fatty food, rich dairy products, and refined grains. Although originating in North America, today this way of eating is found in societies all over the world. It’s been scientifically correlated to increased occurrences of diabetes, heart disease, and cancer.

A whole food, plant based diet is one that is based on whole plants—such as fruits, vegetables, legumes, and whole grains. Followers of this way of eating avoid processed foods like bleached flour and refined sugar, as well as animal-based food—such as meat, dairy, and eggs.

Film About Using Food as Medicine 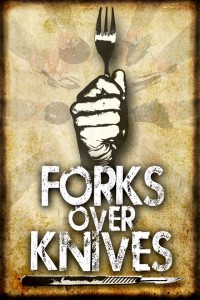 Forks Over Knives follows several patients of a variety of life-style based diseases as they adopt the whole food, plant based diet as their approach to healing. Viewers will be amazed and inspired at the health and wellness benefits documented in the film. People suffering from high blood pressure, diabetes, hypertension, high cholesterol, cardiovascular disease, and many other ailments transform the state of their health into more optimal conditions than they’ve ever experienced, all by using the Forks Over Knives diet recommendations.

With two-thirds of the population overweight and increasing diagnosis of diabetes—particularly amongst children—Forks Over Knives serves as a reality check for people who have been avoiding taking control of their own health.

To check out the movie, click > Forks Over Knives Documentary

To check out the movie, click > Forks Over Knives Documentary