When James Stewart left for work the morning of August 3, little did he know his business, a private members’ raw food club, would be invaded by weapon-yielding officials.

Rawesome Foods—a buying club offering members raw milk, raw cheese, and other natural products—was the scene of a massive raid by several agencies, including the Los Angeles Sheriff’s Office, the Federal Drug Agency, the Department of Agriculture, and the Centers for Disease Control, on allegations of illegally producing and selling raw milk and raw milk products.

The Raid on Rawesome Foods

Stewart was trailed by officials from his home to the Rawesome Foods establishment. After he entered the building, agents issued a warrant that stated property of Rawesome Foods was “being used as the means of committing a felony.”

Rawesome Food members were ordered by officials to immediately vacate the premises. Stewart was then interrogated about the amount of money that was in the building and from where had it originated. Without having his rights read to him, Stewart was handcuffed and taken away in an unmarked car. 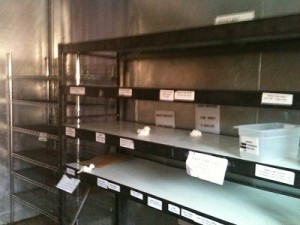 Officials proceeded to destroy virtually all of the inventory on site. Rawesome Foods supplies between 400 and 800 gallons of raw milk per week for its members. Officials dumped every container on hand. Estimates cite approximately $30,000 to $50,000 worth of perfectly fine food was destroyed or confiscated. One witness noted a 20 foot flatbed truck left the scene brimming with produce.

Stewart was charged with 13 criminal counts relating to allegations of the unlawful production and sale of unpasteurized dairy products. An initial bail was set at an astonishing $123,000, of which Stewart was not allowed to pay himself, nor pay in increments. It has since been reduced to $30,000, but still governed by strict conditions.

The operator of Healthy Family Farms (the farm that supplies milk and other items to Rawesome), Sharon Ann Palmer, was also charged with 9 counts of unpasteurized milk production. One of her employees, Eugenie Bloch, was the third person charged following the raid, with 3 counts of conspiracy. 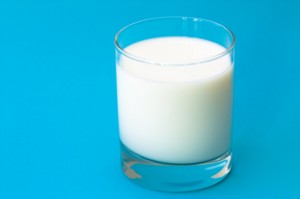 Officials claim this raid was part of a larger crackdown on the sale of dairy products that fail to meet current health standards because of their production in unlicensed establishments.

This is a case that many are calling an illegal persecution for people who buy and sell raw milk and cheese. California law does not make it illegal to sell raw milk—in fact, it can even be purchased in retail stores. What the problem is with Rawesome Foods is its supposed use of herdshare, or boarding agreement, for its dairy goats.

The 2,000 members of the private buying club pay a fee for the farmer’s labour. The club then distributes to its members the products it receives from the farmer. Healthy Family Farms operates as such without a dairy license. The state of California insists one is needed in arrangements like this.

There is outrage over the handling of this case, including the misuse of power (gun-brandishing agents destroying a private club of members who wish to purchase and consume natural, healthy food), the absurd waste of tax payers’ dollars (up to seven hours was spent by the team of officials at Rawesome Foods during the raid) and the social injustice (thousands of pounds of perfectly edible food was destroyed adjacent to a homeless shelter).

A legal defense fund has been established to help cover Stewart’s costs in his quest for food justice through RealFoodRight.com. The website offers a coalition that supports local farm-to-consumer ecosystems, including direct private membership relationships between communities and small, independent, and family farmers, as the best way to uphold the highest real food quality and food safety.

To learn more, please click > Learn How You Can Donate to the Rawesome Defense Fund