Custom Nutra Asks a Big Question: Can You Trust What the Supplement Label Says? 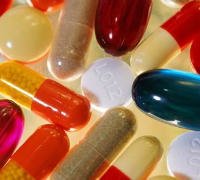 When you buy supplements or vitamins, you would generally read the label to make sure it contains the ingredients you want. By law, manufacturers have to list everything they use, but can you trust what the label says? This may depend on which part of the world you are but certainly in the US there are regulations to protect citizens. Let’s discuss this in more depth:

The U.S. Food and Drug Administration (FDA) is a regulatory authority that works closely with other government agencies. Among the products that fall under their jurisdiction are:

They also regulate other food products, although the U.S. Department of Agriculture (DOA) regulates meat, poultry and egg products. The FDA is also responsible for medical devices, electronic devices that give off radiation, cosmetics, veterinary products and tobacco products.

Finding Labels You Can Trust

There are not many nutritional supplement manufacturers in the US that can show clients their test results, proving that the ingredients shown on the label really are in the product. Custom Nutra is one of the few. Their facility is regulated by the FDA and inspected by the DOA and their products have been proven to be of a higher quality than those made almost anywhere else in the US.

Custom Nutra has a range of over 50 unique products that it supplies to retailers and distributors, all of the products having the correct amount of each ingredient, so that you know you can trust what a Custom Nutra label says.

In addition to this, if you provide a formula to Custom Nutra, their policies include a refusal to degrade the outcome of the supplement (for cost purposes) and will not export any nutritional supplements which may cause little or no result in the end consumer.

Past Problems with Supplement Suppliers

Over the last few years, there have been several high profile cases where suppliers of supplements to the public have been found to be selling products that are not what the label says they are.

In 2015, GNC, one of the world’s largest retails of supplements, was taken to court by Oregon’s attorney general.  They had sold thousands of workout and fat burner supplements that contained a drug that in Russia was used to treat neurological disorders. It turned out the company had known about this since 2007, but did not stop the sale of the products until early 2015.

Also in 2015, The New York State attorney general’s office said that four large retailers were selling products that did not comply with what the labels said. At Walgreens they found the ginseng pills were only powdered garlic and rice. At Walmart, the tests showed that their ginkgo biloba was little more than powdered radish, houseplants and wheat. At Target, three of the six products tested did not have the herbs in that the label said, and at GNC they found pills with fillers like powdered legumes. This class of plants includes peanuts within its family, which could be very dangerous for anyone with allergies.

In 2017 a study showed that the contents of some melatonin supplements were totally different to what the label said. The researchers tested 31 brands from 16 different outlets and found that the amount of melatonin nearly always varied from the amount shown on the label, sometimes by as much as 478 percent. They also found a lack of consistency, with two packets of the same product giving different results.

These are just three of the cases brought to the public’s attention by the media, there have been many more that have not made the news.

Never be afraid to ask for proof that the supplement or vitamins you are buying do include the ingredients the label says. If where you are purchasing them from only sells products with labels you can trust, that will not be a problem for them.