Food Industry Exposed – Chow Down: Eat Like Your Life Depends on It

We all like to “chow down.” Especially if you’re an American raised on eating often and lots, you’ve been groomed to eat.

Chow Down, a documentary film with heart, is literally trying to help people wake up and rethink their diet choices and why they make the choices they do.

A Diet’s Journey From Declining Health

In this one of a kind documentary film, Chow Down (Virgil Films and Entertainment), directors and producers Julia Grayer and Gage Johnston follow the journey of two typical American men, Charles and John, as they set forth to change their declining health—in fact, attempting to reverse heart disease by changing what they eat.

Not only do you get to see first hand the medical, personal side of heart disease and how what you eat impacts your health, this documentary takes a look at the obstacles facing Americans searching for the truth about nutrition and disease.

This film takes an honest look at how the government’s involvement in nutrition is stifling our growth away from disease and towards optimal living. 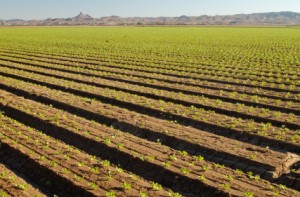 Although we naively rely on the government and our medical professionals to guide us in the right direction and protect us from all sorts of harm, when it comes to disease and nutrition we can’t trust much of what they say or do.

Chow Down explores first hand through discussions with former government employees about the deception of the United States citizens in the name of profit for the food industry.

One particular example you’ll hear about first hand is the $60,000 bribe offered to a researcher and writer to remove the word “cancer” from the manual she wrote in 1981 for the American Red Cross in regards to nutrition.

Yes, a huge bribe to keep the innocent citizens in the dark about the best ways to eat to take care of their health and the health of their loved ones.

Food Campaigns to Influence What We Eat

Experts by the dozens on Chow Down go on to explain the numerous blocks by the government and food industry to keep Americans eating the foods that are ultimately killing us.

In fact, did you know that the government worked hand in hand with many of the nation’s top fast food chains to promote eating cheese? Wendy’s, Taco Bell, McDonald’s and more were all part of the promotion of cheese—no, not healthy, life-giving plant foods that are good for us, but high in fat, artery-clogging cheese.

And did you know that the beef industries campaign “Beef: It’s What’s for Dinner” was also intricately involved with government support? All to up the already profitable beef industry’s profit.

While it may be no secret to you that the government has lied before, the extent of the nutrition cover-up that becomes crystal clear in Chow Down may surprise, stun, and even disappoint you.

CDC Reports 70% of Americas Die Each Year from Chronic Disease 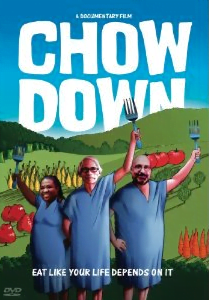 With a society inundated with fast foods, either at local fast food establishments or a microwaved meal from our grocers, it’s vital to watch Chow Down and open your eyes to the huge deception being perpetuated by the food industry, our own government, and sadly, often the medical profession as well.

Chow Down is a must see film that’s receiving excellent reviews and awards. If you have any interest in your health, the truth, or just seeing one more example of how money precedes the interests of the United States citizens, you can’t afford to miss Chow Down.

Watch the Chow Down Trailer