It usually takes between two to three weeks after becoming infected before signs appear.

Lymphadenopathy, or lymph node swelling, is the most common symptom that will appear close to the bite, broken skin, scratch, or even eye area where the patient contacted the bacteria from the cat’s saliva.

The disease is spread through contact with an infected cat (a bite or scratch), or contact with cat saliva on broken skin or the white of the eye.

Once in a while the infected lymph node can become more serious and develop a fistula, which will likely begin to drain. Even though cat scratch fever is a common cause of swollen lymph nodes in kids many times it take a while to diagnosis.

Question for Dr. Leia My son is four and back in July was diagnosed with a severe case of cat scratch disease.

His symptoms were very high grade fever of 105.2, and consistently high fevers for weeks on end. He has chronic lower back pain from his liver. His liver count was elevated, and he, of course, had a nasty scratch. 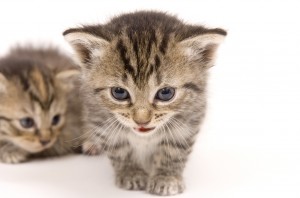 All of this was treated with hospitalization, taking three different antibiotics, and pain medication. Yesterday he started complaining of lower back pain and woke up tonight screaming out with back pain like he did back in July.

I really want to find a natural approach and so he can heal permanently. I do not want him to go through all the poking and prodding and needles and medicine again.

It would be nice to know something that will naturally cleanse his body and heal him. Do you have any advice?

Dr. Leia’s Answer: Cat scratch fever is a common disease which can occur as a result of a scratch or bite from a cat or a kitten.

Usually, the disease is slight and doesn’t produce any symptoms other than an infected wound. Currently, the cause of the infection can be traced to a bacteria called Bartonella.

Usually between 3 and 30 days after the cat scratch, the child will break out with pimples at the site of the scratch, and the nearby lymph nodes will become swollen and tender. There may be pus around the scratch or bite.

Fever, tiredness, fatigue, headache, and decreased appetite can occur. It is not usually a serious disease, and no antibiotics are needed. The child will recover completely in 4-6 weeks.

Complications are rare and can strike a patient with a compromised immune system. In your son’s case, it appears to be more than a simple case of cat scratch fever.

You didn’t mention how your son’s disease was diagnosed, but diagnosis is usually made by a blood test or biopsy if complications are suspected. It appears to be a serious problem to have affected his liver and to have elevated his liver enzymes along with excruciating back pain.

There may be other problems or infections which were not noticed or diagnosed in July. Elevated liver enzymes also require a follow-up visit to make sure that they have returned to their normal values and to make certain that all is well. 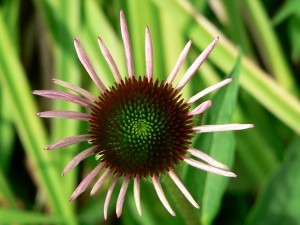 So, please visit your doctor, or if you prefer a naturopathic physician and find out what is causing his pain.

As painful as it seems to be poked and prodded again, this is not a time to try to treat him yourself with home remedies.

Good luck in finding out the true cause of his problems. When, after the check-up and diagnosis, he is well again, you might want to support him by building his immune system naturally with homeopathic remedies or with immune-enhancing herbs, such as Echinacea.

Immune system support is great for prevention, but do not treat serious conditions such as you describe. When the body’s immune system is strong, it is much easier to fight off infections and illnesses of which we come in contact and prevent illnesses from becoming so serious.