With future pursuits of becoming a biodynamic/organic farmer, young activist Birke Baehr seeks to educate people about the truth of the industrialized food system and its sustainable agriculture alternative.

Baehr has committed himself to his own hands-on awareness of organic farming by extensively touring and volunteering at sustainable farms.

Although young in age, Baehr’s knowledge, passion, and dedication to changing the world goes unparalleled.

At the age of nine, Baehr developed an interest in sustainable agriculture and organic farming after learning about adverse affects of high fructose corn syrup on human’s health. His curiosity on the subject led him to the discovery of how the industrialized food system operates, and the sustainable alternative that exists with organic farming. With disgust over what he’s learned about GMOs, pesticides, and the treatments of livestock, Birke has strengthened his understanding of this topic by visiting and volunteering at many reputable sustainable farms.

He met his mentor Joel Salatin from The Farm in Summertown during a sustainable agriculture presentation. Salatin assists Birke with his quest for more knowledge and understanding of food and agriculture, and how he can spread more awareness to his peers about the industrialized food system and sustainable and alternative farming.

Birke’s commitment to more knowledge is apparent with his educational experiences. At just 12 years old, he has attended (twice) the Food for Life conference at The Sequatchie Valley Institute, where he studied many sustainable farming topics, such as:

Baehr also participated in the Barefoot Farmer’s Biodynamic Conference with Jeff Poppen, the Nevada County Grown Sustainable Food and Farm Conference, and the Deepening Roots workshop where he learned of holistic health and wellness, community, and empowerment.

The following is a transcription of Baehr’s talk.

Hello. My name is Birke Baehr and I’m 11 years old. I came here today to talk about what’s wrong with our food system. First of all, I’d really like to say that I’m really amazed about how easily kids are led to believe all the marketing and advertising on TV, at public schools, and pretty much everywhere else you look. 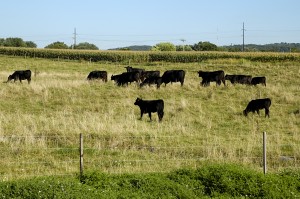 It seems to me that corporations are always trying to get kids like me to get their parents to buy stuff that really isn’t good for us or the planet. Little kids especially are attracted by colorful packaging and plastic toys. I must admit: I used to be one of them.

I also used to think that all of our food came from these happy little farms where pigs rolled in mud and cows grazed on grass all day. What I discovered was this is not true. I began to look into this stuff on the internet, in books, in documentary films, in my travels with my family. I discovered the dark side of the industrialized food system.

The Dark Side of the Industrialized Food System

First, there’s genetically engineered seeds and organisms. That is when a seed is manipulated in a laboratory to do something not intended by nature, like taking the DNA of a fish and putting it into the DNA of a tomato. Yuck! Don’t get me wrong—I like fish and tomatoes, but this is just creepy.

The seeds are then planted then grown. The food they produce have been proven to cause cancer and other problems in lab animals. And people have been eating food produced this way since the 1990s! Most folks don’t even know they exist.

Did you know that rats that ate genetically engineered corn had developed signs of liver and kidney toxicity? These include kidney inflammation, lesions, and increased kidney weight. And yet almost all the corn we eat has been altered genetically in some way. And let me tell you: corn is in everything! 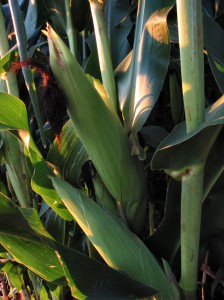 And don’t even get me started on the confined animal feeding operations called CAFOs. Conventional farmers use chemical fertilizers made from fossil fuels that they mix with the dirt to make plants grow. They do this because they have stripped all the soil of all the nutrients from growing the same crop over and over again.

Next, more harmful chemicals are sprayed on fruits and vegetables—like pesticides and herbicides—to kill weeds and bugs. When it rains, these chemicals seep into the ground [and] are run off into our waterways, poisoning our water too!

Then they irradiate our food, trying to make it last longer so it can travel thousands of miles from where it’s grown to the supermarkets.

So I asked myself, “How can I change? How can I change these things?” This is what I found out: I discovered that there’s a movement for a better way.

Now, a while back I wanted to be an NFL football player. I decided that I’d rather be an organic farmer instead. And that way, I can have a greater impact on the world.

I learned about this guy named Joel Salatin. They call him a lunatic farmer because he grows against the system. Since I’m home schooled, I went to go hear him speak one day. This man, this lunatic farmer, doesn’t use any pesticides, herbicides, or genetically modified seeds. And for that, he’s called crazy by the system.

I want you to know that we can all make a difference. By making different choices, by buying our food directly from local farmers or neighbors who we know in real life. Some people say organic or local food is more expensive. But is it really? With all these things I’ve been learning about the food system, it seems to me that we can either pay the farmer or we can pay the hospital. I know definitely which one I would chose. 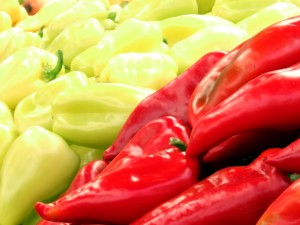 I want you to know there are farms out there—like Bill Keener in Sequatchie Farms in Tennessee—whose cows do eat grass and whose pigs do roll in the mud just like I thought. Sometimes I go to Bill’s farm and volunteer so I can see up close and personal where the meat I eat comes from.

Not too long ago my uncle said that he offered my six year old cousin cereal. He asked if he wanted organic toasted o’s or the sugar coated flakes—you know, the one with the big striped cartoon character on the front? My little cousin told his dad that he would rather have the organic toasted 0 cereal because Birke said he shouldn’t eat sparkly cereal.

And that my friends is how we can make a difference: one kid at a time. So next time you’re at the grocery store, think local, choose organic, know your farmer, and know your food. Thank you.

Birke Baehr’s Facebook has a substantial following where fans can stay up-to-date on his messages and events.