If you experience sudden colicky pain in your abdomen, or a shooting pain located in the supra-pubic region (towards the testicular region in case of males), it may be due to urinary calculi or kidney stones.

Furthermore, if it is accompanied by symptoms such as frequency and urgency of micturation, pain while passing urine, and occasional presence of blood in the urine, the chances of bearing the stone are even more.

Kidney stones are formed mainly by impure blood which is to be purified in the kidneys. When the blood comes to the kidneys to be purified, some amounts of uric acid, calcium oxalates, and phosphates accumulate and take the form of stone. 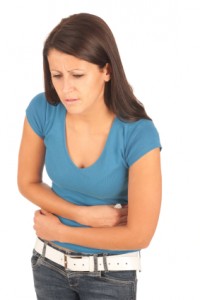 Ayurveda believes that a body can be healthy only if there is a balance between the three doshas or body humors, viz. vatta, pitta, and kapha. If for any reason there is a vitiation and increase in the vatta dosha and kapha dosha, it gives rise to a stone, or ashmari.

There are some Ayurveda herbs which have been used for ages and have shown positive results in dissolving the stones. These not only help in the disintegration and expulsion of the urinary stones, but also help prevent their recurrence.

Varuna: This is the three-leafed caper used for ages by Ayurveda physicians to dissolve kidney stones. This natural herb is a good diuretic and blood purifier, and has a specific action on breaking down and dissolving the calculus. All these actions of varuna pertain to the fact that it subsidizes the vatta dosha and kapha dosha inside the body, and thus has a beneficial effect on the kidney by aiding in its normal functioning.

A decoction of the bark of varuna tree is highly beneficial. Other parts of the tree—the root and the leaves—are also used for preparing medicines. These preparations are available in the market both in decoction and tablet form. Some Ayurvedic physicians recommend it to be taken with barley water.

Punarnava: Another useful herb is punarnava (Boerhavia diffusa), a natural diuretic that purifies the blood as well as the gastric juices. In fact, it is a wonder herb, having rejuvenating effect as is specified by its name: punar means again and nava means new.

Its main action is to remove the toxins from the body and helps to regain vital powers. One teaspoonful of the fresh juice of this herb taken early morning tones up the kidney and purifies the blood. It is available as Ayurvedic medicine Purnarnava Asav and is to be taken after meals mixed with water. This aids in diffusing the kidney stones. 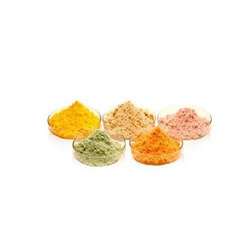 Gokharu: A herb called gokharu (Tribulus terrestris in Latin), or the small caltrops, also shows beneficial results. A decoction prepared with this herb along with varuna is generally recommended for removing kidney stones.

Also, in the case of stomach pain and colic due to kidney stones, a combination of the herbs punarnava, gokharu, and guggul (a herb that subsidies pain) may be taken. These combinations are available as Punarnavaadi Guggul and Gokshuraadi Guggul, and prove useful both in allaying the stones and in the management of the accompanying pain.

Pashanbheda: Pashanbheda is yet another Ayurveda herb which comes to the mind of an Ayurveda physician in treating the kidney stones as specified by its name: pashan means stone and bedha means break. Therefore, pashanbheda is another of nature’s gifts which has a specific action in breaking down the urinary calculi and flushing them out of the body. A decoction of pashanbheda combined with punarnava and three myrobalans proves highly useful in the treatment of small urinary stones.

Shilajit: An effective natural diuretic and toner of the urinary system is shilajit, or the mineral pitch. It has been successfully tried by many Ayurvedic physicians along with the other combinations.

Some other useful remedies can be taking fresh fruit and juice of jamun as a dietary supplement. 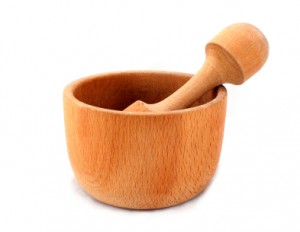 These Ayurvedic remedies have proved beneficial in dissolving, disintegrating, and flushing out the urinary and kidney stones. These need to be tried with patience and under supervision of an Ayurvedic practitioner.

It also needs to be understood that these herbal formulations work better on the stones which are in their initial stages of formation. If however, the stone is very large and hard and was formed a long time back, it may require surgical removal. But surely the natural remedies can be tried for some time, and if at all surgery is necessary, even then these herbs prove useful in preventing re-formation of the stones.

These Ayurvedic medicines give good results provided that, along with the treatment, some dietary restrictions are followed. This includes avoidance of curd, tomatoes, excessive milk, and cashew nuts.