Ayurveda, which is a holistic ancient perception passed on by learned sages of India, has endowed our health and longevity with the virtues of natural wellness since times immemorial.

Derived from the two meaningful lexis, ayus (life) and veda (knowledge or science), these terms combined together craft the word Ayurveda, or the science of life.

Ayurveda treatment is rightly regarded as sukha chikitsa, or the blissful health management. In precise logic it means that this is the pure form of healing, an individual is made to find complete relief from his or her ailment, and at the same time it is ensured that in the process no other ailment tends to crop up.

There are two key features that are attributed to the entire science of Ayurveda. The first is swasthavritam, or the natural lifestyle modification. This is the prophylactic approach to natural wellness in Ayurveda philosophy, which is manifested primarily with maintaining as well as sustaining holistic wellness. This is regarded as most imperative and desirable in Ayuveda discipline. 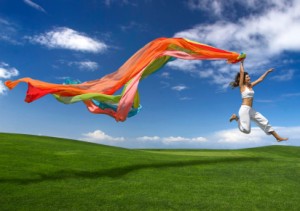 Aaturvritam, or the curative aspect of Ayurveda therapy, is the second key feature. Ayurveda, being a therapeutic discipline, has full potential to help a patient overcome the ailment from which he or she is suffering exclusively using natural means of healing. Curing of the disease in Ayurveda has always been considered as secondary to harboring of natural wellness.

In Ayurveda therapy, the very approach towards treatment focuses to eradicate the disease from its roots. The aim is to do away with the basic cause of the disease and to ensure no new ailment should emerge as a consequence.

Ayurveda insists that medicine be centered on the patient, rather on the disease. Therefore, this science redeems a holistic approach towards well-being.

Ayurveda treatment deals with preparations only from herbs and natural resources. It is regarded as a non-detrimental mode of treatment with few or no side effects.

Concept of The Five Elements in Ayurveda Philosophy 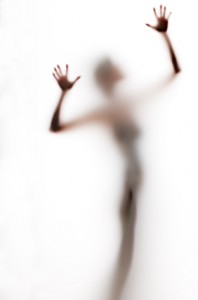 The physical body, believed to be a natural amalgam of the five basic elements viz. sky or ether, air, fire, water and earth, evidently authenticates with the theory of Ayurveda.

Aakasha, known as the ether or sky element, is the empty space between organs and cells. Vayu, or the air element, corresponds to all body movements. Agni, the fire element, is the implicit metabolic heat present in the body.

The water element, jala, corresponds with all the fluids flowing in the body, like saliva, plasma, and mucous. Prithvi, the earth element in Ayurveda philosophy, manifests as our body substance.

These three doshas, or humors, of the body are the prime attributes that are significant for not only the upholding of the human body, but also in every little aspect that causes balance or imbalance within the body.

Vatta (air), pitta (fire), and kapha (phlegm) are entirely imbibed within the body. When the three doshas are present in their relative balanced states, then this is the reason for the natural wellness of an individual. Nevertheless, when the three humors become imbalanced, either they are decreased or increased in their normal limits. This is the reason for the formation of disease.

Relation Between the Three Doshas and The Five Elements 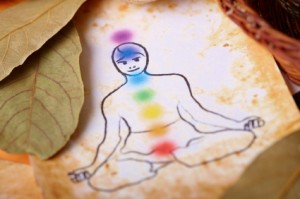 Of the five basic elements, ether and air combine together and result in vatta, or air. Movement or commotion is the fundamental quality of both the air humor and the vatta dosha.

The fire humor or pitta dosha is mainly the consequence of the fire element. This signifies the body’s metabolism.

Water and earth combine and make up the kapha or phlegm humor. This humor or dosha is represented by the physical structure of the human body.

Dr. Sonica Krishan is an Ayurveda and Natural Lifestyle Consultant, freelance health writer, and book author based in Chandigarh, India. She has authored the natural home cure books Herbal Healers and Home Remedies, and is presently writing for national and international publications. She may be contacted at drsonica@herboveda.co.in or visit www.herboveda.co.in