Autism Awareness: Gary Null Documentary on the Plight of Autistic Children in the USA

AUTISM, Made in the USA is an award winning film by Gary Null, PhD .

This important film reaches into the hearts and minds of its viewers as it educates on root causes of this disorder that was once thought to be hopeless.

By watching this production by Gary Null you will discover real evidence about the reversal of many symptoms of those effected with Autism.

This film features real-life families and their children who have been diagnosed and then labeled with that fearful and dreaded word, autism.

Important parts of this film are the featured personal interviews conducted with the parents and families of these autistic children.

At first, I flinched, because did I really want to watch a depressing video about a disorder that I considered hopeless and incurable by our current medical standards? And I groaned as I found the running time to be just over 100 minutes. So, armed with the remote control, I sat down to see what this video would convey to me.

At the beginning was a short chronicle of the history of the development of vaccine medicine, which divulged little-known facts about origins of this important scientific branch of research.

I didn’t really know that autism affected more that 1 in a 100 children in the US, and that in some states, this number goes up to 1 in 60 children. How can this be?

All of these questions are presented in this film, with strong evidence pointing toward toxins in our environment, mercury in our vaccines, and toxins and pesticides in our food, our water, and our air we breathe.

Even a microscopic real-time photograph of a brain cell neuron being destroyed by mercury is a dramatically featured eye-opener. And this neuron destruction is irreversible.

What may appear striking is that every autistic child has some degree of improvement with just diet change by adding healthy, whole foods, eliminating dairy, wheat, gluten, and other allergy foods, decreasing sugar, processed foods, and food additives such as MSG, preservatives, and food colors.

This video shows evidence that the biomedical approach using natural medicine and holistic treatments can more than help our autistic children.

It can reverse the symptoms almost completely!

Exposing the Facts About Autism

The most disturbing aspect of this film is the political cover-up and the lack of current news media coverage supporting autism awareness. 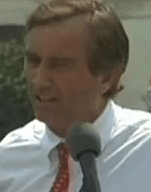 Recently, celebrities such as Robert F. Kennedy, Jr. are also shedding more light on this subject of autism in our children, but still we have a long way to go yet to educate the parents to realize that natural medicine techniques can indeed help their stricken children.

All parents of children both autistic and non-autistic should view this film, it is that important.

The best information is divulged near the end of this film: “There is a reason for hope. The cure is not to give more chemical or psychotropic drugs, but to address the cause of the problem by eliminating the toxins that are strong indicators of the cause.”

All in all, the film “Autism Made in the U.S.A” is a brave new and bold film by Gary Null, which will hopefully shake us to the core to awaken us to the fact that our air, our food, our water, and our country is sick, and our children are unfortunately, the means of conveying this message to us.

Will we stand by and continue to be complacent and sacrifice our children and our lives? Or will we finally awaken to the facts and take action? Now is the time to spread autism awareness. Please do tell everyone about this important film!

An 8 Minute Preview of Autism Made in the USA