In the article “The Truth about Agave Syrup: Not as Healthy as You May Think” author John Kohler investigates agave’s role as a sweetener, especially in the context of a raw food diet.

You probably are like us, interested in understanding the pluses and minuses of a food that is getting so much press.

The following is a follow up article after publishing an overview of the benefits of cooking with Agave sweetener.

As an experienced raw foodie, John Kohler looks closely at Agave’s authenticity as a true raw food. Towards the end of his article, Kohler also examines its impact on the physical health of the human body.

Through his writing Kohler speaks primarily to an audience of fellow followers of the raw food diet. However, his research on Agave’s nutritional properties are of interest to anyone who has used Agave in the past, or is considering substituting Agave for other sweeteners in the future.

Kohler first directs his focus to the elements behind the production of agave. According to Kohler, raw foods are only processed at temperatures under 118 degrees Fahrenheit. Through his research he found that most agave nectar undergoes a heating process of anywhere of 140 to 160 degrees Fahrenheit, thus removing it from the category of a raw food.

However he points to only a couple accounts on the processing of Agave syrup for this information. He acknowledges that other methods may indeed create the syrup at a temperature below 118 degrees. 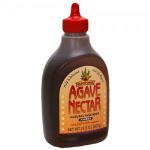 Additionally Kohler says that raw foods contain all of their naturally occurring nutrients, hence the reasoning behind choosing a diet of raw foods.

Consequently, because Agave loses a portion of its nutritional quality through the processing, it cannot qualify as a pure raw food.

Raw live foods also contain enzymes, but the Agave’s enzymes are also removed from the syrup to prevent it from fermenting into tequila. Without all of its nutrients and enzymes in tact, Agave syrup theoretically lacks the necessary attributes of a raw food.

Nevertheless, many people will see that Agave syrup is often labeled as raw, and it is even an ingredient in many raw prepared foods.

To explain these claims of so-called raw Agave, Kohler points to a flaw in labeling regulations. He states that there are few methods for regulating what can be labeled as raw, so many things which are not in fact pure and raw are labeled as such.

Once clarifying that Agave may very well not be a raw food, Kohler dives deeper into its health potential.

He takes a great interest in its fructose concentration. Excessive consumption of Agave products may be detrimental to one’s health, as would any products with a high fructose content. These problems include complications of the liver, diabetes, and copper deficiency.

As an end note, Kohler offers readers alternatives sweeteners that he believes are more in line with his standards of a raw food diet.

According to Kohler, the juices from raw fruits are truly the best ways to sweeten your diet because they provide the greatest nutritional benefits.

He also discusses other sweeteners to avoid while consuming a raw diet, including maple syrup and evaporated cane juice.