How Sweet it Is: Agave Nectar Benefits as a Whole Food Sweetener

Agave Nectar has been receiving a lot of attention for its low glycemic diet effects leading Agave syrup to grow in popularity as a natural sweetener.

Comparable to other naturally sweet herbs and plants, the Agave helps people reduce their blood sugar while maintaining sweetness in their diet.

Yacon Syrup is another plant that is rising in popularity and showing even greater promises due to its healing properties an even lower glycemic index.

But, just how is the syrup from the Agave plant made and is it really all that healthy?

Getting Sap from the Agave Plant 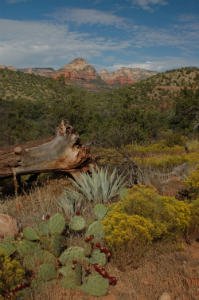 The Agave plant that is grown for harvesting resembles a cactus or yucca with its spiky, succulent leaves. In the midst of all of the leaves sits the core known as the pina. A full grown “pina” contains the sap of the plant, and typically weighs over fifty pounds.

Harvesters remove the Agave sap from the plant in order to produce the popular sweetening agent. The native people of the central Mexican region traditionally used the Agave plant for a number of different purposes including food, skin salves, and even the liquor known as tequila.

The Agave’s extraction process closely resembles that of the maple tree for syrup. In fact, the Agave nectar’s nutritional properties, texture, and even taste closely coincide with those of pure maple syrup.

The extracted raw Agave juice embarks upon a filtration process undertaken at a very low heat which keeps its beneficial properties alive. Throughout the procedure, the carbohydrates naturally occurring in the sap convert to sugar, and the sap begins to take on the texture of a syrup.

Differentiating Between Types of Agave

When shopping for Agave, be prepared to encounter a few different types of Agave products. Though more than one hundred varieties of the Agave plant grow throughout the Mexican desert, the Blue Agave remains the most popular for the production of the sweet syrup.

Companies often characterize their Agave offerings by labeling them as either light or dark. However some companies use the term Amber Agave in place of dark. Generally speaking, the differences in these varieties occur through the filtering.

Light Agave undergoes a higher degree of filtration, yet at a lower temperature. Consumers can expect the lighter varieties to have a more neutral flavor. They might be better suited for multi-purpose use, while dark Agave’s taste is sure to be more flavorful.

The Amber Agave experiences less filtering, which leaves more of the solid sap in the finished product. The darker hued syrup contains the highest content of carbohydrates that transform into sugars through the filtering process.

The darker sweetener maintains a distinct flavor, unlike any other sweeteners. It also holds the greatest nutritional value, as the minimal filtration process allows for more naturally occurring nutrients and minerals to remain within the Agave product.

What to Expect from Agave Syrup

Generally, consumers can expect to find pleasant hints of vanilla and maple in their Agave sweeteners. The Agave syrup usually resembles honey at first glance, though its physical properties give it significant advantages over honey. Agave consists of a smoother, thinner texture, lending it well to pouring over foods and into drinks.

Additionally, the Agave liquid dissolves well in even cold drinks, making it excellent for iced teas or fruit juices. Agave also maintains its freshness and texture longer than honey, leading it to keep up a longer shelf-life.

Because both natural and mainstream food circles readily embrace Agave products today, it is advisable to shop around for the purest Agave offerings to ensure their are no additives, like corn syrup. Organic Agave, low temperature processed varieties usually provide the most integrity and the possibly the greatest health benefits.

Take the time to read ingredients on the package and even go to the manufacturers website to ensure you purchase pure Agave, not an Agave impostor. Remember to avoid Agave imitation products with artificial chemicals or additives trying to catch a ride on Agave nectar’s popularity.

Agave Holds a Place in Many Diets

A hint of Agave can bring out the flavors in dishes like a raw fruit salad. This may be why Agave keeps growing in popularity as an alternative, natural sweetener. Many feel Agave makes the most nutritional sense for their diet needs. It has a low glycemic index, usually somewhere under thirty.

The glycemic index indicates that the human body metabolizes the sweetener slowly, without spiking glucose levels or raising insulin levels. This characteristic makes Agave a choice sweetener for people suffering with Type II Diabetes, as well as other health conscious people watching their blood sugar. It offers them a choice they may not have realized they had.

Although the body still has to find other ways to process the sugar content of Agave, just as it does fructose sugars, this presents another factor that needs to be taken into consideration. It also suggests Agave should be used in moderation just as most sweet substances (Yacon Syrup and Stevia are best choices.) Nutritionists will alert you that excessive use of Agave is something that is hard on a healthy body. Over use of fructose based sweeteners can set the stage for various ailments.

Why Vegans Turn to Agave

Vegans love raw Agave for its lack of animal products and by-products. As most vegans know, many sugar companies use the bone char of animals when processing their sugar, making plain sugar unsuitable for dedicated vegans.

Additionally, honey comes from bees, also excluding itself from a strict vegan diet. However, Agave nectar contains no animal products in its ingredients or processing, solving the sweetness conundrum for vegans.

Many raw foodists also rely on Agave products to bring sweetness to their diets. Though some argue that Agave does undergo cooking through the heat-based filtration process, in many Agave syrups the level of heat remains so low that the sweetener meets the standards of many raw food diets, but again check with each manufacturer.

The Benefits of Cooking and Baking with Agave Nectar 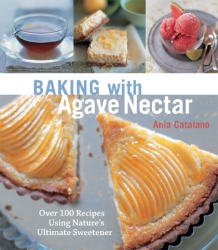 So remember, Agave maintains many of the properties of sugar, due to its high fructose content. Yet for some diet needs the natural sweetener stands as a valuable additive to many recipes. While artificial sweeteners alter the physical characteristics of favored foods and introduce questionable substances, Agave works like sugar to soften baked goods, while retaining moisture and freshness without the toxic effects of artificial substances.

Likewise, Agave allows for the browning of coveted pastries and treats, just like pure sugar. Because Agave tastes even sweeter than sugar, substitute three quarters Agave for every one measurement of sugar.

With Agave’s ease of use, it is no surprise that more and more people are stocking this whole food sweetener in their kitchens.