ADHD: is urging to pay attention better than medication?

OK, I’ll admit it. The entire “organic brain syndrome” thing – oops, “minimal brain dysfunction” – I’m sorry, I mean “attention deficit disorder”, always seemed to me to be a bit of over-complicated lack of attention. After all, I grew up hearing my parents say, at least daily, “Michael pay more attention to what you are doing.” I guess I had organic, I mean minimal, oh heck whatever it is and will transform into being called on the next round of diagnostic label making.

You see, the 1950s, when I grew up, wasn’t the dawning of the Age of Aquarius, but the dawning of the age of psychopharmacology. Drugs were being created and pushed, I mean prescribed, for nearly every and seemingly any behavioral problem that could be described.

Today, with about 5% – 13% of school children diagnosed with attention deficit disorders, together with the psychiatric – pharmaceutical marketing wizardry calling “Pay attention, Michael” a “brain disease,” of course pills became the answer. And along with it, lifelong labels, explanations for why children could not succeed without medicines, and experts dictating self-worth, self-esteem and rationalizations for lack of advancement.

My parents were not aware of William James, an early American psychologist who in his 1890, “Principles of Psychology,” defined attention as, “Focalization, concentration, of consciousness are of its essence. It implies withdrawal from some things in order to deal effectively with others, and is a condition which has a real opposite in the confused, dazed, scatterbrained state.” All my parents wanted me to do was “pay more attention”. Fortunately they created a relatively calm, non-chaotic home, and allowed me to play without continuously interrupting with one thing or another.

“Mrs. Mantell,” my 8th grade teacher, Mrs. McCaffery, told my mother, “You see, Michael doesn’t pay attention and is therefore not college material. He should consider a vocational tech high school.” Oh boy! That was definitely the wrong thing to tell my mother who had two choice words for the poor teacher!

When I earned my Ph.D. at the University of Pennsylvania, never owning even a screw driver let alone ever walking into a vocational tech high school for fear that someone might ask me to hand them a wrench and not knowing what type they needed, my mother thought we ought to visit my 8th grade teacher’s grave and show her what experts know about labels and predicting a child’s future based on losing patience with their behaviors.

When I served as the Chief Psychologist at Children’s Hospital in San Diego in the early 80’s, around the time that “Attention Deficit Disorder (ADD)” was invented, in committee, for DSM-III, I commonly encouraged parents and teachers to find behaviorally oriented ways to help little Rebecca or Jacob to pay attention as first line interventions, before considering medication – in most cases.

This often meant exercise, behavior management charting and other self-control methods including better ways of self-talk and of course, using music and other forms of distraction to help calm the mind, improve wandering attention, planning skills and impulse control, while at the same time aiming to clampdown irrelevant or distracting thoughts, and help promote academic success. It often worked in developing increased awareness, self-observation, decreased stress and tension levels, and improved academic organization and performance. 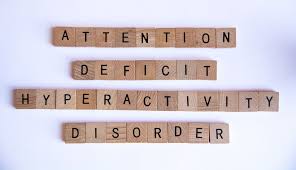 About 10 years ago, researchers at the UCLA found that rates of ADHD in Finland and in the USA were nearly identical. There was one essential difference. While most teens in America were taking medication for their “brain disease,” most in Finland were not. Perhaps they knew something we didn’t in the States. Certainly we now know there are no long-term benefits from taking medications for ADHD and any benefits seen in the first year, fade in year three – or sooner.

So were my parents so wrong in urging me to “pay attention to what I was doing”? Was I so off-based recommending more mindful and cognitive based interventions as first line approaches for those with ADD or ADHD? No. Not, at all.

We live in a time of complete distraction. The media pulls our attention non-stop with shocking headlines, digitally based companies develop new approaches that convince us that we “need” to stay connected: beeps, buzzers and flashers remind us of everything we are convinced we “need” to stay healthy…and the list goes on, interrupting our daily lives at home, school, work and socially. What a waste to have continuously broken attention and having to continuously recreate your thoughts.

Th state of New Jersey is even considering to make it illegal to walk and text in public. Imagine what in the world has happened since we thought watching “Howdy Doody” on TV was the coolest thing in the world—in color!

Mindfulness and concentration tools have expanded as a natural outgrowth to this attack on our brains. We need time to better scrutinize our thoughts, feelings and sensations—easily, without criticism or instant reactivity for sustained attention. Mindfulness and awareness tools provide us with self-regulating skills to better control our internal commotion. Research indicates there’s good reason to look to these non-pharmacologic methods first before other interventions. Brain studies show that those areas of the brain related to emotional control grew after an 8-week mindfulness training program, and other studies have shown brain alterations related to wellbeing and happiness as well with mindful, attention interventions.

Lidia Zylowska, M.D. author of The Mindfulness Prescription for Adult ADHD, and cofounder of UCLA’s Mindful Awareness Research Center, supports the use of non-pharmacological tools as first line interventions for increasing self-regulation with ADD/ADHD. She and others suggest helping children and adults with ADD/ADHD use acronyms like RAIN and STOP:

R – recognise emotions that are happening

I– investigating thoughts and emotions

N – not identifying with or personalizing those feelings.

S – stopping for a moment

O – observing what goes on in the mind and body, and

P – proceeding with a more relaxed, aware sense of purpose.

Perhaps Jon Kabat-Zinn was correct when he observed, “When you pay attention to boredom it gets unbelievably interesting.” You learn to pay attention, by finding interest in paying attention…with mindfulness.